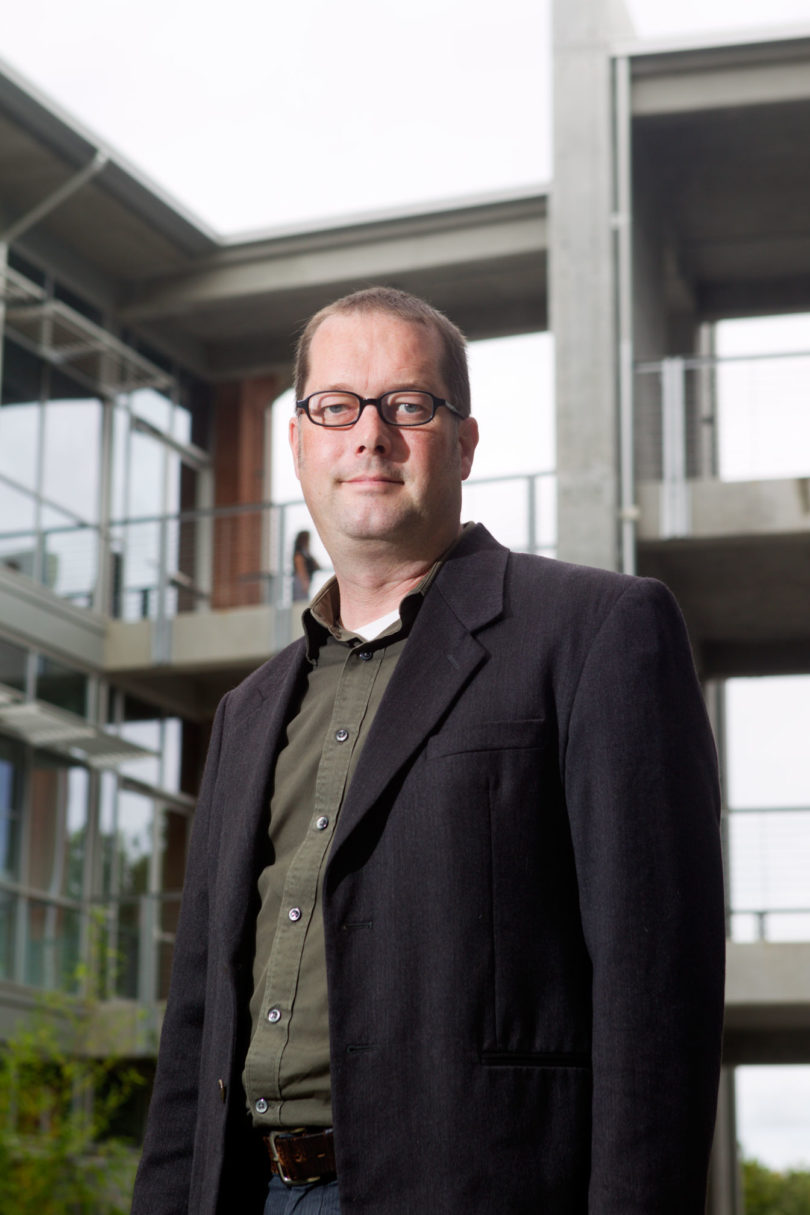 An assistant professor in the Lamar Dodd School of Art

Simply standing before a Gothic cathedral-say Notre-Dame in Paris-can be an overwhelming experience. Understanding how all its parts artfully and structurally work together is something else entirely.

Now, a research group from UGA is using the field of artificial intelligence to understand architectural history, and the result could one day offer students, researchers and lovers of these magnificent structures an entirely new way to know them.

The group at UGA is led by Stefaan Van Liefferinge, an assistant professor of medieval art and architecture in the Lamar Dodd School of Art, and includes two professors in the university’s Institute for Artificial Intelligence, Don Potter and Michael Covington. With the help of a new start-up grant from the National Endowment for the Humanities, they hope to bring science and the history of architecture closer than ever before.

“The aim of our project is to develop an ontology or knowledge representation for architectural history that will make it possible for us to apply methods from artificial intelligence to historic descriptions of architecture,” said Van Liefferinge. “In the long run, we believe it will provide us with an orderly way to manage and process visual descriptions and so strengthen our ability to conduct historical research.”

The complexities involved are daunting. While the field of artificial intelligence is only about 50 years old, many European cathedrals have been around for more than 500 years, and in those centuries the structures have been studied from top to bottom dozens of times.

Yet the application of ­”intelligent” computer power to understand and explain buildings such as cathedrals is something new.

“In the future, implementing this specialized ontology will, for example, make possible the programming of computers for reasoning about the syntax of architecture and the detection of gaps or contradictions in studies of something such as a cathedral,” said Covington. “We hope to proceed with the expansion of the knowledge in the ontology, adding more architectural information to the system.”

Van Liefferinge said that information could be used as a real-time corrector for students struggling to learn architectural terminology and that it could lead to software that would help detect unexpected contradictions in ancient descriptions of buildings. It could even be of help in digital reconstructions based on partial descriptions of now-lost structures.

The team, which began with a UGA Research Foundation grant before receiving the NEH award, will start with a single part of a Gothic cathedral-for example, a window and its tracery (the stonework elements that support the glass). Bit by bit, the team will add more information about Gothic cathedrals to the system.

“We hope to develop and implement a knowledge representation for Gothic architecture as a whole,” said Potter, who is a professor of computer science and head of the Institute for Artificial Intelligence in UGA’s Franklin College of Arts and Sciences. “It is this knowledge representation that will make the computer capable of reasoning about architectural discourses.”

Artificial intelligence is widely used in business and industry, and its use is expanding rapidly as new applications and discoveries become available.

In architecture, however, AI is somewhat new, and as team members pointed out, the findings of the new project could just as easily be used to understand how the parts of a bungalow work together as a cathedral.

The long histories of cathedrals, though, make them perfect as a test case for this intersection of science and art, however.

Once the new knowledge representation software has been developed, its use could be expanded to other parts of the fine arts or even the descriptions of space in fiction writing, team members said.