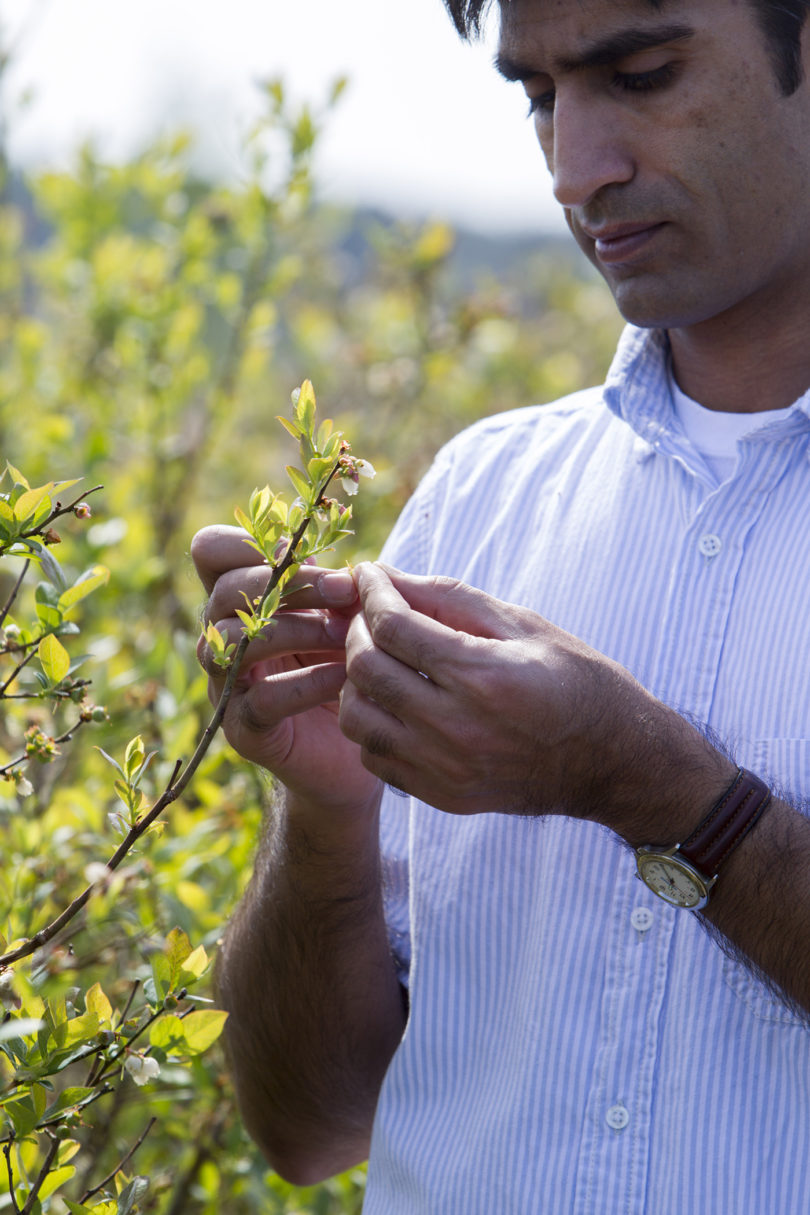 Athens, Ga. – A tiny fly is having a huge impact on American fruit farmers. Known as spotted wing drosophila, the insect is costing farmers more than $700 million a year in lost produce and prevention costs.

This week, the U.S. Department of Agriculture’s National Institute of Food and Agriculture tasked University of Georgia researchers with developing a long-term management plan for the flies. The $2 million NIFA grant will be led by Ashfaq Sial, a national leader in spotted wing drosophila management and an entomologist in the College of Agricultural and Environmental Sciences.

Spotted wing drosophila deposits eggs into ripe fruit, rendering the fruit unmarketable. Populations are so bad in some areas that the flies are pushing organic farmers back to conventional pest control methods, according to recent farmer surveys, forcing them to sacrifice higher fruit prices and environmental advantages that come with an organic label.

His team was awarded the grant under NIFA’s Organic Agriculture Research and Extension Initiative, but the management practices developed during his research should benefit small- and stone-fruit farmers across the board—including both conventional and certified-organic farmers, he said.

Spotted wing drosophila attacks all berries and stone fruit; in Georgia, its major target is blueberries. In 2013, Georgia farmers grew about $313 million in blueberries on about 28,000 acres, according to the 2013 Farm Gate Value Report, the latest published by the UGA Center for Agribusiness and Economic Development. Numbers for Georgia-grown blueberries increase each year as blueberries become more popular with consumers.

Sial is on the UGA Blueberry Team, an interdisciplinary group of researchers working to improve blueberry cultivation practices in Georgia. They produce groundbreaking research on blueberries and provide training and real-time advice to the state’s growers. More about the blueberry team can be found on its blog at http://blog.caes.uga.edu/blueberry/.

Sial will build on his existing work in integrated pest management strategies for blueberries in order to develop management strategies for organic growers. Tactics will include development of growing practices to minimize the fly’s impact, development of specific attractants that will draw the flies away from blueberry fields and investigation of organic insecticides to diminish fly populations before they cause major damage to fruit.

To learn more about the ways UGA Cooperative Extension produces world-class research and translates it into real-world solutions, visit http://extension.uga.edu/.