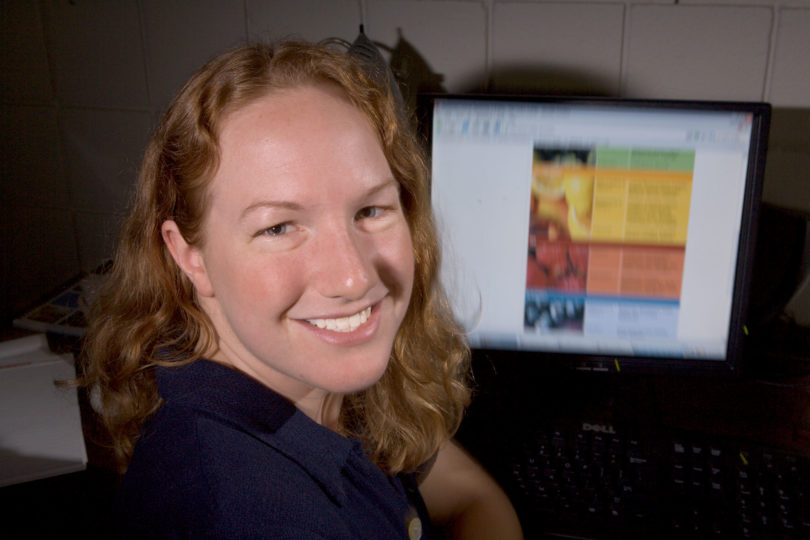 You’d better eat your veggies. UGA researchers may be calling to check up on you.

A new $147,200 two-year federal grant from the National Institutes of Health will help researchers from the university’s College of Public Health understand how communication and lifestyles affect consumption of fruits and vegetables.

Researchers will be developing long-term communication campaigns touting healthy dietary modifications at a time when cancer claims more than half a million lives each year.

“For nearly a decade and a half, the National Cancer Institute’s nationally recognized communication program has informed Americans that eating five or more servings of fruit and vegetables can yield significant health benefits,” says Lindsay J. Della, principal investigator and a doctoral ­candidate in health promotion and behavior at UGA. “But, according to the American Journal of Public Health, fruit and vegetable consumption has remained relatively stable from 1994 to the beginning of the 21st century. New approaches need to be developed to provide more cost-effective health promotion methods that foster long-term dietary changes.”

Della’s study will attempt to identify whether a cross section of adults (males and females ages 18 to 74) living diverse lifestyles hold different attitudes toward their intake of fruit and vegetables. The knowledge gained through this study, in part, will help researchers understand how consumer marketing tools can be leveraged to augment the National Cancer Institute’s current “5-A-Day” campaign.

The idea grew from a project Della started in a class with DeJoy, who says it is rare for a doctoral student to receive such a prestigious grant.

“I was surprised to receive the grant on my first attempt,” says Della, who also will be using part of the research as her dissertation.