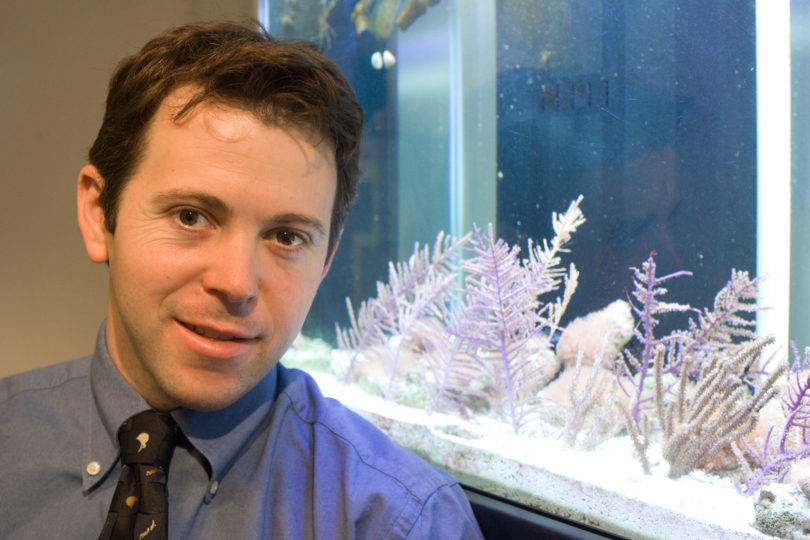 Lyndon West had only been on the faculty of the UGA College of Pharmacy for a year when he landed a sizeable grant from the National Institutes of Health.  With $907,625 for a three-year study, he began work generating a marine natural products library of small molecules that have potential in drug development.

“Marine organisms are a rich source of compounds with unprecedented chemical structures and biological activity,” said West, an assistant professor in the department of pharmaceutical and biomedical sciences since 2005.  “Small molecules, in particular, have become extremely important to researchers to explore function at the molecular, cellular and in vivo levels for the benefit of human health.”

West believes he attracted the support of NIH through his previous success in discovering compounds in natural products of marine organisms that have a high potential for being biologically active.

“We are excited that a young faculty member has been so ­successful in this work,” said Dean Svein Øie.  “The field of natural products research is growing, and we are proud to be part of its ­development.”

Advancements in robotics technology over the past decade and the technological resources for the rapid exploration of molecules, called high-throughput screening, have made it easier to explore the ocean’s chemical diversity. West’s research lab has become part of a nationwide National Institutes of Health consortium of HTS centers, called the  Molecular Libraries Screening Center Network, that will contribute compounds for screening.

“Our lab has a unique, systematic approach for the screening of biologically active compounds,” said West, who is a member of UGA’s Center for Drug Discovery. “Using the high-throughput ­approach to generate molecular library is generally not used in the academic ­community.”

The HTS approach, deemed vital by NIH to identify small molecules that can be optimized as chemical probes, is expected to lead to new ways to explore the functions of genes and signaling pathways in health and disease. NIH anticipates that these projects also will facilitate the development of new drugs by identifying early stage chemical compounds that will allow researchers to validate new drug targets, especially for rare diseases.