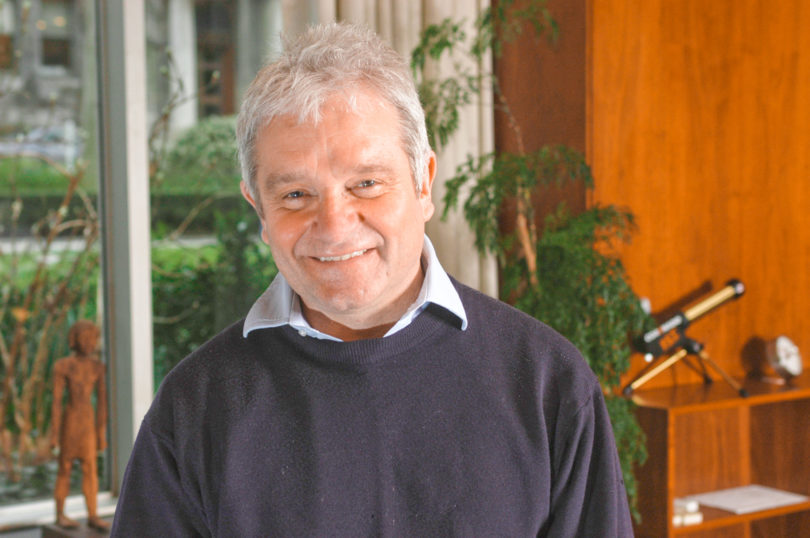 A Nobel laureate whose insights have broadened scientists’ understanding of how cell division goes awry in diseases such as cancer will deliver the spring 2009 UGA Cancer Center lecture.

Sir Paul Nurse, who received the 2001 Nobel Prize in Medicine or Physiology and is president of The Rockefeller University in New York, will discuss his laboratory’s latest findings on the molecular controls of the cell cycle on Jan. 29 at 4 p.m. in Room H237 of the Veterinary Medicine Building. A reception in the lobby of the Coverdell Building will follow his lecture.

“Dr. Nurse has made outstanding contributions to the understanding of how the cells in our bodies regulate their division,” said Michael Pierce, director of UGA’s Cancer Center and the George E. and Sarah F. Peters Mudter Professor in Cancer Research. “The loss of cellular regulation underlies cancer growth, so we’re extremely pleased that Dr. Nurse will be presenting our spring lecture.”

Nurse was awarded the Nobel Prize for identifying cyclin-dependent kinase, a key enzyme that controls the cell cycle, the process by which cells grow, duplicate their DNA and then divide. In organisms as diverse as yeasts, plants and animals, the enzyme is involved in processes that block the progression of cells that are too small or have DNA that is damaged or incompletely replicated. A better understanding of cyclin-dependent kinase has lead to new insights into how cells reproduce, grow, divide and, in some cases, develop into tumors.

Before being named president of The Rockefeller University in 2003, Nurse served as chief executive of Cancer Research U.K., the largest cancer research organization in the world outside the U.S. In addition to the Nobel Prize, Nurse has received the Albert Lasker Award for Basic Medical Research, the Gairdner Foundation International Award and the Royal Society’s Wellcome, Royal and Copley medals amongst other scientific awards.

Nurse plays an active role in science and society issues and makes regular TV appearances, including as a co-host for The Charlie Rose Science Series on PBS.