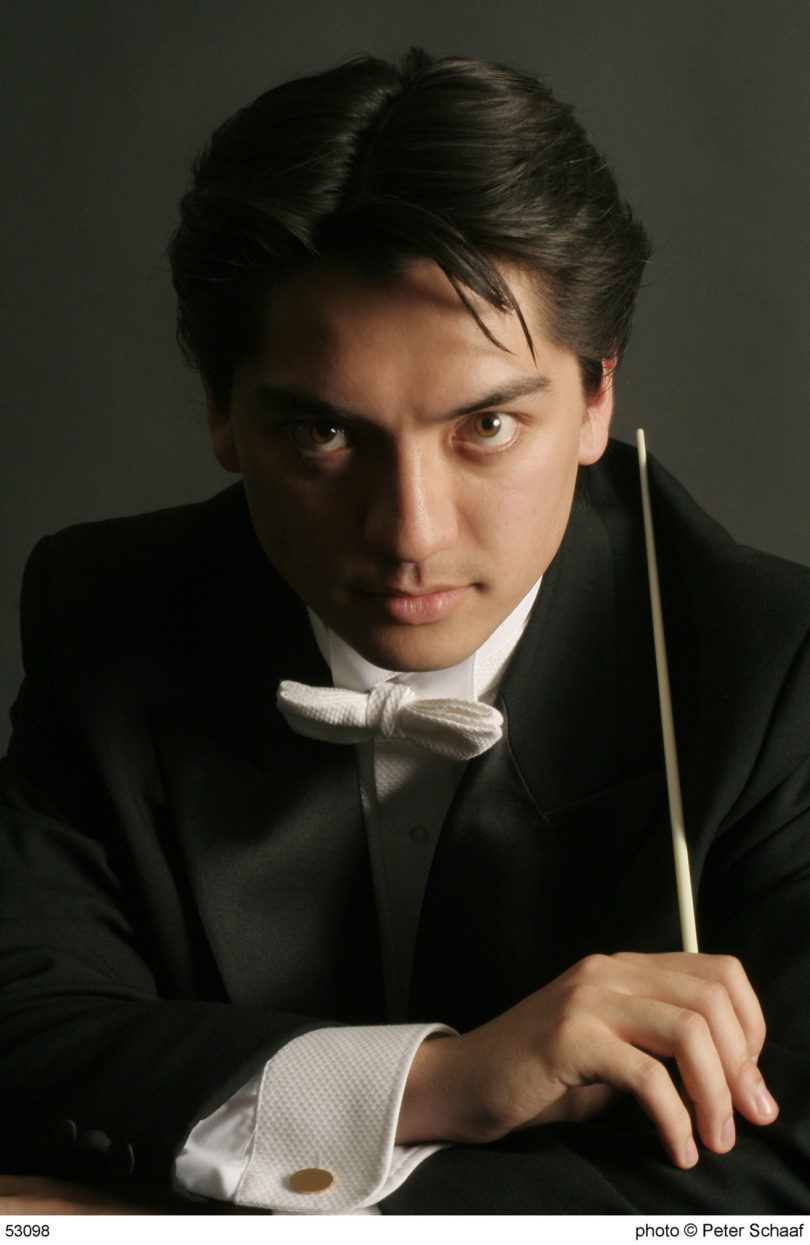 Eugene Tzigane will lead the Nordwest Deutsche Philharmonic in its March 7 performance in Hodgson Concert Hall.

One of Germany’s leading orchestras, the Nordwest Deutsche Philharmonic, will give a concert March 7 at 8 p.m. in Hodgson Concert Hall. Principal conductor Eugene Tzigane will lead the philharmonic in a program featuring Edvard Grieg’s Peer Gynt Suite No. 1, Johannes Brahms’ Symphony No. 1 and Victor Herbert’s Cello Concerto No. 2 with cellist Amit Peled. Tickets are $20-$44.

The 60-year-old orchestra serves as a significant cultural ambassador for the region through its performances across Europe and around the world. The philharmonic toured Denmark, Austria, Holland, Italy, France and Spain, in addition to Japan and the U.S. The philharmonic boasts an extensive discography with more than 100 recordings to its credit.

Tzigane holds a master’s degree in orchestral conducting from the Juilliard School, where he studied with James DePreist as the recipient of the Bruno Walter Memorial Scholarship. He finished his formal studies at the Royal College of Music in Stockholm and was awarded the Franz Berwald Memorial
Scholarship.

Israeli cellist Peled has performed as a soloist with orchestras in the world’s major concert halls, including Carnegie Hall in New York, Salle Gaveau in Paris, Wigmore Hall in London and Konzerthaus in Berlin. Peled has been featured on television and radio stations throughout the world, including NPR’s Performance Today, WGBH Boston, WQXR New York, Deutschland Radio Berlin, Radio France, Swedish National Radio and TV and Israeli National Radio and TV. Peled is a professor at the Peabody Conservatory of Music at Johns Hopkins University.

Vanessa Tome, a Ph.D. candidate in musicology at UGA, will deliver a pre-concert lecture at 7:15 p.m. The lecture is free and open to the public.
Tickets are available from the Performing Arts Center box office, 706-542-4400 or pac.uga.edu.