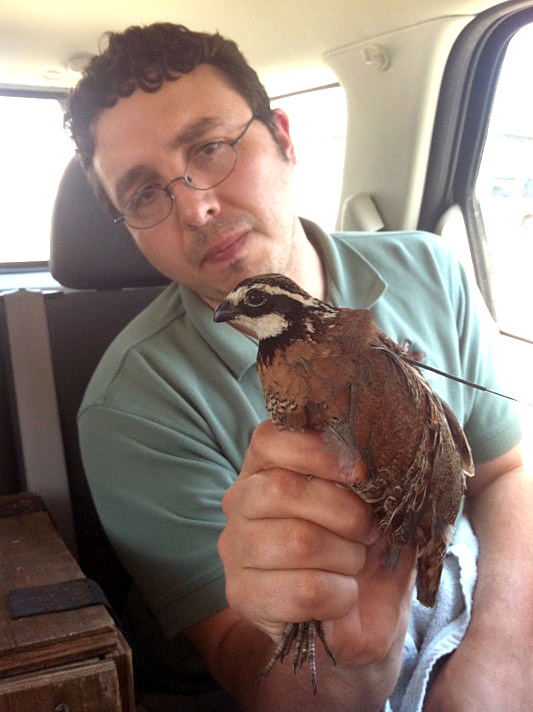 Athens, Ga. – University of Georgia researchers have been tasked with figuring out how many northern bobwhites are out there-and whether rabbit hunting is interfering with quail hunting in east Georgia hunting grounds.

Results of the Georgia study could be used to not only set how many quail can be taken by hunters, but also change the days hunting is allowed for rabbits. This study is important because it helps sustain an important cultural resource like quail hunting, said James Martin, an assistant wildlife professor in UGA’s Warnell School of Forestry and Natural Resources.

In two separate grants, the Georgia Department of Natural Resources has awarded the Georgia researchers nearly $750,000-funded from revenue generated by hunting licensing and firearm sales-to develop a way to accurately estimate how many northern bobwhites there are.
They are also tasked with sussing out whether rabbit hunting in the Di-Lane Wildlife Management Area near Waynesboro, Georgia, is actually negatively affecting quail hunting in the same place.

Martin said quail hunting is allowed on Wednesdays and Saturdays at Di-Lane, but rabbit hunting is allowed in the same area the rest of the week. There has been anecdotal speculation that the rabbit hunting-and the dogs hunters use to chase the animals-accidentally drives quail out of their coveys, leaving those in search of quail out of luck on their designated days, he said.

“Knowing the effects of this would determine if management decisions need to be made to dampen any possible negative effects,” Martin said.

The Di-Lane Plantation Wildlife Management Area is 8,100 acres of federally owned property that is managed to accommodate bobwhite quail, but also allows hunting of other animals, including deer and turkey. Quail, however, is “by quota only,” which means the state controls the harvest of certain species on wildlife management areas by limiting the number of hunting permits in those areas.

The study will also help researchers find out what kind of survival rates bobwhites have in Georgia on public lands, Martin said. “Right now, there’s very little information on how many quail survive the winter on public land,” he said. “Quail populations are sensitive to winter mortality rates, and knowing these rates will allow managers to set appropriate harvest rates.”

Researchers will be trapping bobwhites, recording pertinent information about the animal, then banding them with leg bands before releasing them back into the wild. They also plan to do “acoustic sampling,” where they place microphones in specific areas to record the covey call that bobwhites elicit from the roost in the early morning. This sampling will improve estimates of abundance.

They’ll also change when rabbit hunting is allowed to determine what effect-if any-it is having on quail hunting by mixing up how often it is allowed, from just three days a week to not at all. For this part of the study, they’ll also be capturing quail and radio tagging them to find out if their behavior is changing dramatically in response to rabbit hunting.

Martin said the data they collect will hopefully not only tell them how many quail survive the winter, but also tell them more about their movements, their roosting patterns and the size of their population.

As the Georgia Department of Natural Resources Wildlife Resources Division is dedicated to offering opportunities to pursue bobwhites and rabbits, this study will help figure out a way they both co-exist in the best fashion.