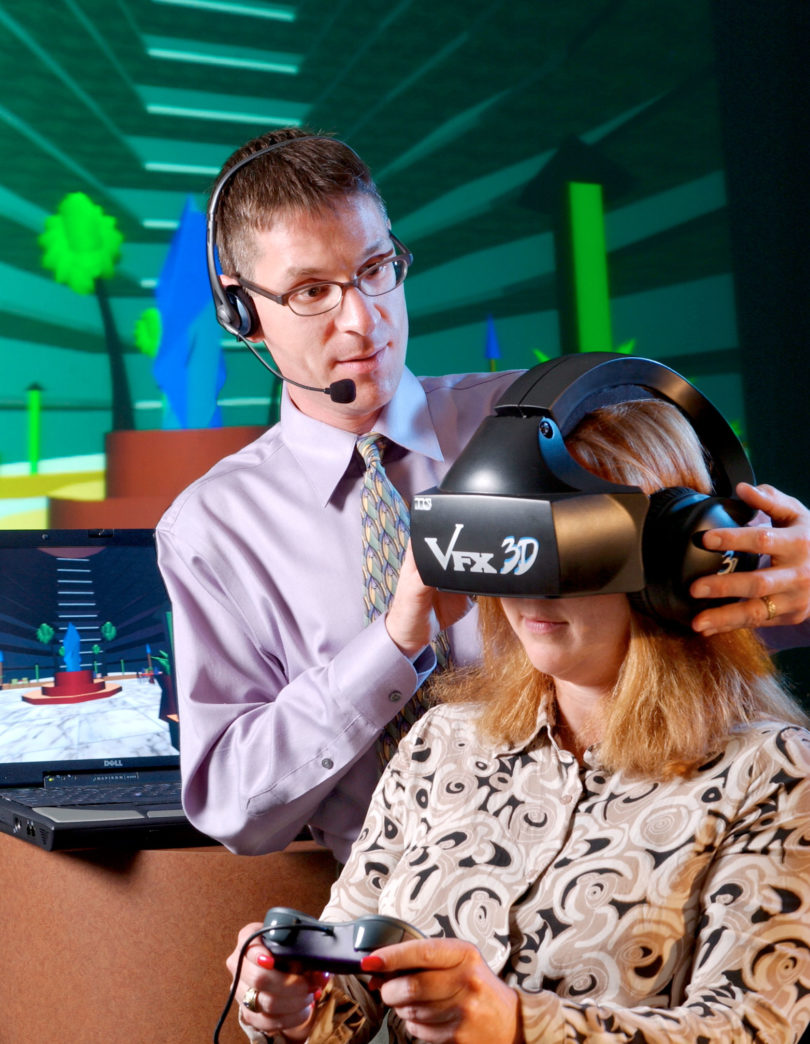 Patrick Bordnick, a professor in the School of Social Work, has found that cigarette craving intensity increased 118 percent when nicotine-dependent participants were exposed to cues in a virtual reality environment. The VR environment was developed as part of a grant funded by the National Institute on Drug Abuse to study the cues that lead to smoking.

“We think that a virtual reality environment provides a more realistic scenario for testing reactions,” says Bordnick. “By producing VR environments that have many features of the real world, we hope to improve the ecological validity in addiction research and treatment. Telling a patient to imagine that she is at a party when she is offered a cigarette in a clinician’s office just doesn’t offer the same results.”

Bordnick has been collaborating with Atlanta-based Virtually Better, Inc., to develop and test virtual reality environments to use in the treatment of nicotine dependency. The study tracked 13 nicotine-dependent smokers through several virtual reality environments, including two rooms filled with such smoking cues as burning cigarettes, cigarette packs, ashtrays and a percolating coffee pot.

“It has been repeatedly demonstrated that smokers associate certain things from their environment with smoking,” says Bordnick. “Many smokers always have a cigarette with their coffee, so for them, seeing a percolating coffee pot will trigger a craving for a cigarette. That’s classical conditioning. What we have been able to do is use only virtual cues to elicit the same kind of response. This allows experiments to be repeated with quite fine control and allows labs in different places to be set up exactly the same way.”

In another room, the participant enters a virtual party where people are smoking and drinking, and one of the virtual party-goers offers the participant a cigarette. The participant wears a visual head-mounted display and stands on a motion platform to simulate a realistic environment. Bordnick and his team also use motion trackers and audio to create a more complex and lifelike atmosphere.

All participants were also shown “neutral” rooms, which produced no reported increase in cravings, according to the study.

“Virtual reality offers clinicians and researchers a great advantage over other environments,” says Bordnick. “VR environments can be designed using systematic, standardized and repeatable methodologies, which are the basis for most controlled studies. This process is the basis for building more uniform and effective treatments for addictions in the future.”

The research, to be published in the journal Addictive Behaviors, was completed by a team led by Bordnick. Other researchers include Ken Graap of Virtually Better and Emory University, as well as laboratory assistants Hilary Copp, Jeremy Brooks, Mirtha Ferrer and Bobby Logue.