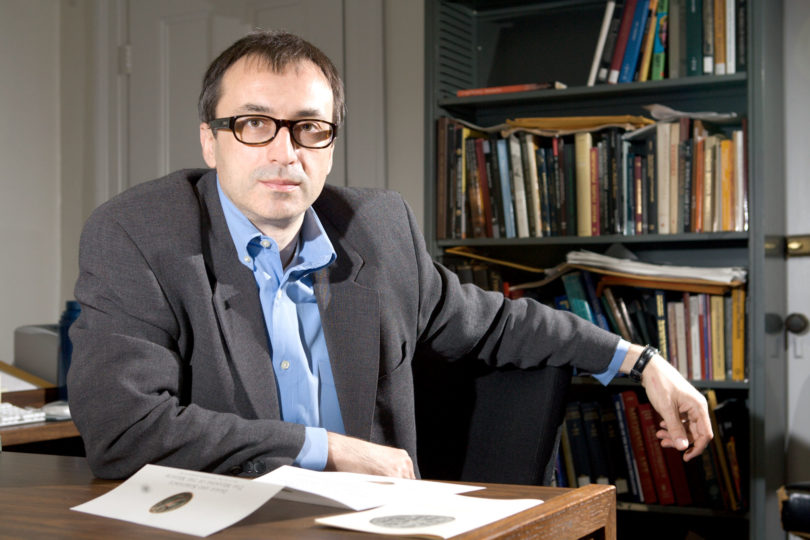 Four years of planning could’ve gone down the drain.

Asen Kirin, assistant professor of art history, looked back with pride on a Byzantne art exhibition he brought to Athens and the conference and symposium he organized around it.

The functions were good, he says, but they nearly didn’t happen.

Kirin received money from various public institutions and private donations, but while he waited on assurances from outside parties, deadlines for other grants expired, and he was strapped for funds. That’s when faculty members pointed him toward the President’s Venture Fund.

“It was essential,” Kirin says.

The loan of materials he received was the largest in the library’s history, with many pieces seeing public exhibition for the first time.

“Most of the works we had were in the vault, they were not even displayed (in Georgetown.) SOme of the scholars in the field had not seen these pieces,” Kirin says.

And in a field as small as Byzantine studies, it made people take note. The program’s stature limits the number of events it produces worldwide and gives weight to those that happen. The foremost event, the Byzantine studies conference, made it to UGA for the first time in its 31-year history in 2005 thanks to the Venture Fund.

“Everybody who plans projects for UGA knows about the Venture Fund, everybody,” Kirin says. “It saves so many projects.”

WIth minimal red tape, the Venture Fund can act as a safety net for last minute research extensions or a thrown rope for drowning projects.

Margaret Amstutz, assistant to the President Michael F. Adams, says the fund’s aim is to help projects that could otherwise slip past other university funding sources.

“I think the impetus that started it was in part the fact that there were very few available dollars for one-time only needs,” Amstutz says. “The university, because we have a very careful funding process, is built for annual funds that come around year after year.

“Deans have some flexibility and some vice presidents do too, but this fund really helps faculty trying to respond to one-time opportunities.”

The University of Georgia Partners Program supports the Venture Fund through private gifts toward unrestricted funds.

The president then uses those funds in one of tow ways, according to Amstutz. He grants $500 to $5,000 toward one-time projects or matches large grants when necessary from institutions such as the National Science Foundation and the National Institutes of Health.