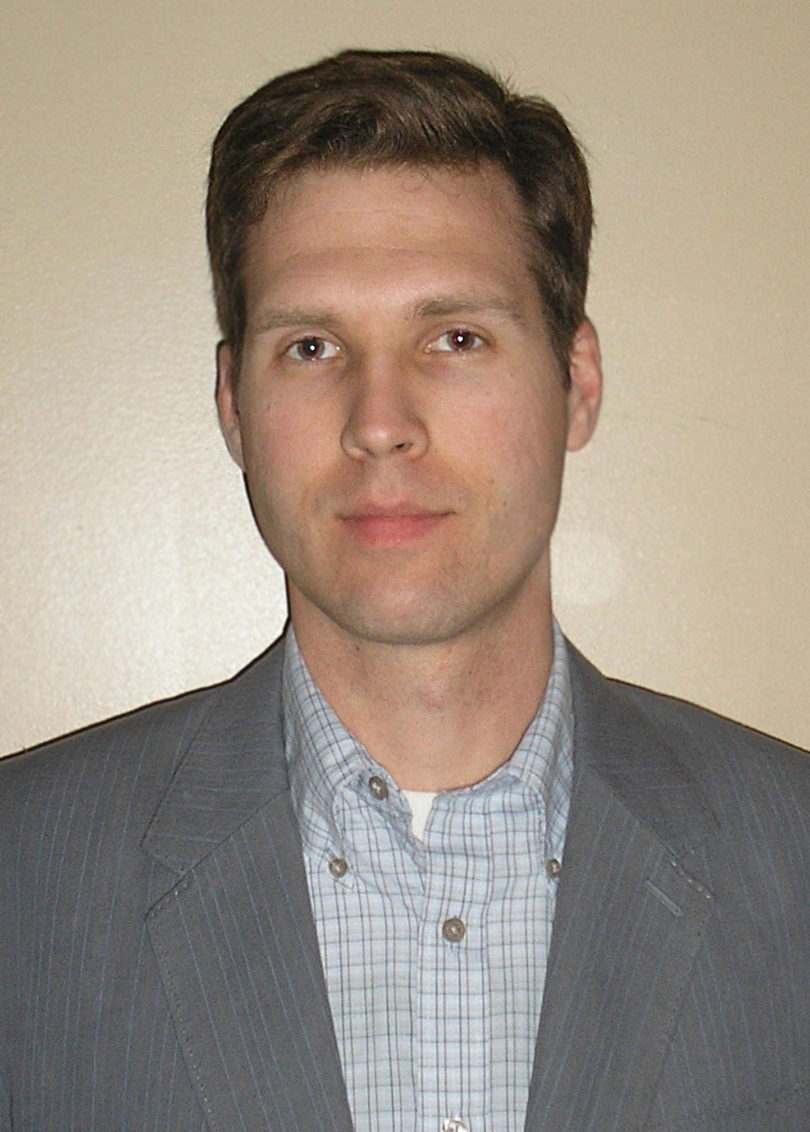 As a teenager, Gary Douberly had a knack for taking mechanical things apart and putting them together again. He applied this talent while earning a Ph.D. in chemistry by designing and building instruments to carry out original experiments in laser spectroscopy. Now, under a $618,505 CAREER Award provided by the National Science Foundation, the UGA assistant professor of chemistry will map the structures of biomolecules using an instrument he developed from two technologies. Douberly’s creation adds a new tool to biochemistry research, and data from the investigations are expected to help speed up the discovery and testing of new drugs.

Biomolecules are organic molecules found in living organisms and include proteins, enzymes and nucleic acids. Large biomolecules-known as macromolecules-have defied mapping due to their complexity, a problem that Douberly will address by characterizing smaller, less complex biomolecules. The data he collects can be used by other scientists to help determine the organization of the more intricate macromolecules. To measure the smaller molecules, Douberly will pioneer a method known as the helium nanodroplet isolation technique, or HENDI, in combination with high-resolution infrared laser spectroscopy.

“Spectroscopy is essentially figuring out the patterns, or wavelengths, of light that molecules absorb,” said Douberly. “These patterns encode all the detailed information about the molecular system at the atomic level.”

Using HENDI, Douberly will trap small biomolecules, such as amino acids inside droplets of liquid helium, and then use infrared laser spectroscopy to measure the structures via the light they absorb. After honing the technique, he will try to develop an instrument to introduce macromolecules to the helium droplets. Physicists have shown that small biomolecules can be introduced to helium droplets and studied spectroscopically, but Douberly will be the first to employ the method for detailed probes of small and large biomolecule systems.

“Gary Douberly has built a unique instrument to make spectroscopic measurements of molecules caught in super-cooled liquid helium droplets,” said Jon Amster, professor and head of the chemistry department in the Franklin College of Arts and Sciences. “In this very cold, superfluid environment, the spectroscopic lines of the molecules become very sharp and well resolved. With this method, Gary will be able to measure fine details, which will allow computational chemists to test the accuracy of their calculations.”

As part of the project, Douberly also will identify points at which some molecules change shape when water is introduced.

“We will be able to see how many water molecules it takes to transform an amino acid from a neutral state to a so-called zwitterion state, in which the molecule possesses both a positive and a negative electrical charge,” said Douberly.

Determining the points where changes occur will help researchers accelerate the design of pharmaceuticals.

The project also will provide research opportunities for African-American undergraduate students throughout Georgia.

“Although 30 percent of Georgians are African American, right now this group represents only about 2 percent of our chemistry graduate students,” said Douberly. “This award will help sponsor undergraduate students from this underrepresented group to conduct research here through our department’s Summer Undergraduate Research Opportunities program.”

The NSF CAREER Award is a highly competitive national award that provides significant funding to promising young researchers. Only 19.5 percent of the projects submitted to the NSF Chemistry Division last year received the award. Douberly is the sixth researcher in the UGA department of chemistry to hold a CAREER Award. Previous recipients are Todd Harrop, Timothy Dore, Geoffrey Smith, Jason Locklin and Vladimir Popik.