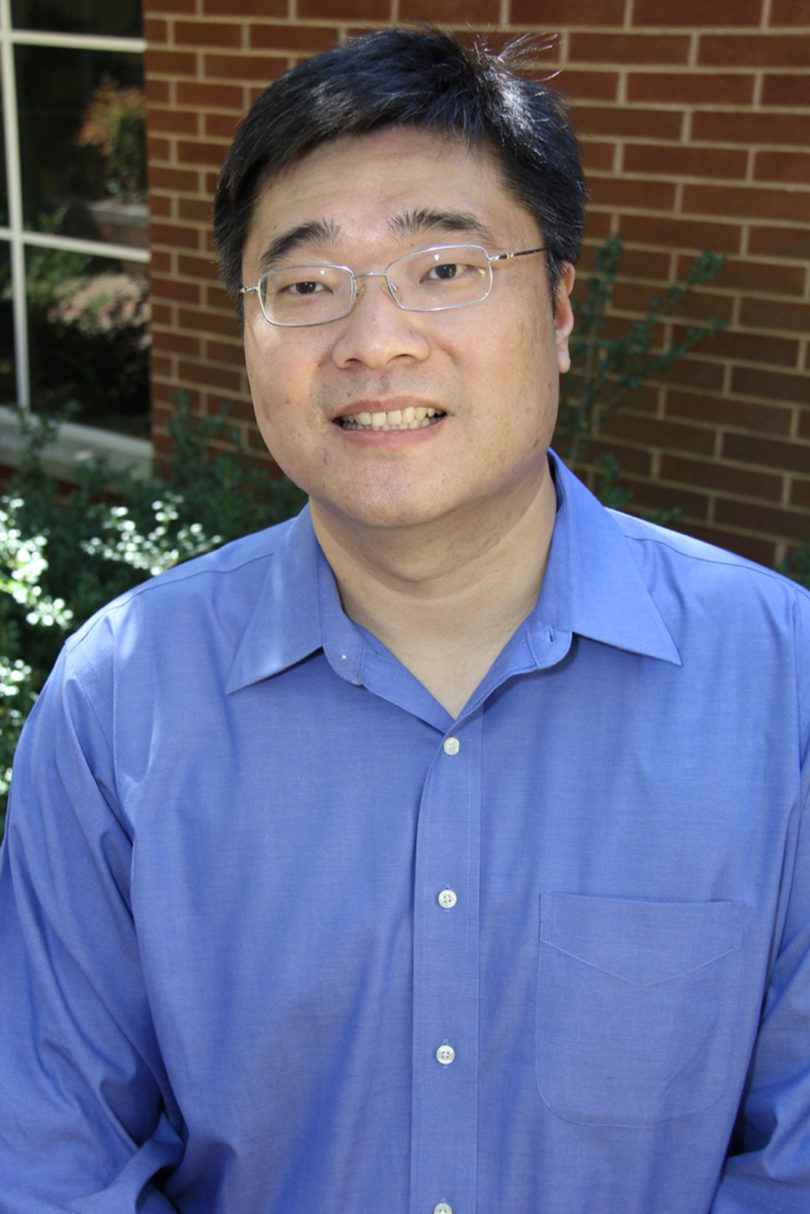 The wait for some blood test results may be reduced from weeks to hours, thanks to new UGA research. Leidong Mao, an assistant professor with the Faculty of Engineering, is refining a device to manipulate blood cells and other particles that shows promise in detecting and treating blood diseases. He has recently received a National Science Foundation CAREER Award to further his work.

For years scientists have tried to increase the speed and accuracy of detecting abnormal cells and related matter in blood samples. These tests often take days or weeks, and mistaken analyses—“false positives” and “false negatives”—occur because diseased cells and particles are often present in low quantities and minute sizes.

“Cytology screening currently requires an expensive infrastructure and highly-trained cytotechnologists,” Mao said. “Often they have to look for one abnormal cancer cell among millions—even billions—of normal cells. The process is very tedious, time-consuming and prone to error.”

The highly competitive CAREER Award provides Mao with $400,000 over the next five years to test and improve a diagnostic device that uses magnetic liquids called ferrofluids—liquids composed of nanoparticles of magnetized iron oxide suspended in water or oil—to isolate cells and other components of blood. Ferrofluids are responsive to magnetic charges and have many uses in industry and research. They reduce friction around moving mechanical parts, compensate for atmospheric distortion in large telescopes and act as a coolant in electronics, among other things.

In his laboratory at the Nanoscale Science and Engineering Center, Mao has adapted a simple circuit board to generate highly localized, parallel magnetic fields that act upon a ferrofluid placed on the board. By adjusting the strength of the fields, Mao can fill some areas with ferrofluids and create non-magnetized, empty channels the width of particular cells or particles in other areas. When a blood sample is added, the ferrofluids “herd” the cells into the channels. In earlier research, Mao and other scientists established that it is possible to use this method to sort red blood cells quickly and efficiently based on their size differences. Now he plans to take it a step further.

“I want to take this method to the next level by applying it to cancer cell screening and looking into other cell properties as the basis for separation,” Mao said.

He is currently working with a team at the Centers for Disease Control and Prevention to test the device on blood samples containing cervical cancer cells. The CDC and the UGA Research Foundation funded the project. This work generated questions he hopes to answer with his new project for NSF.

Mao will use the NSF CAREER Award funding to investigate how cell shape and elasticity vary between normal and abnormal cells. He also will look into encapsulating individual cells in ferrofluid microdroplets. If he can do that without damaging the cell, researchers will be able to more easily concentrate and manipulate large quantities of hard-to-isolate cells.

The apparatus that Mao is developing to gather diseased cells not only promises to provide faster and more accurate results than other blood assays, it also will be portable, he said.

“Leidong Mao is an outstanding young researcher,” said Dale Threadgill, director of the Faculty of Engineering. “His project fits very well into UGA’s plan of comprehensive engineering and development of micro-nano-bio-technology, both from a research and education perspective.”

Through the CAREER Award support, Mao will offer a new microfabrication course for undergraduate engineering majors and work with the Peach State Louis Stokes Alliance for Minority Participation program and the “Young Dawgs” high school program to bring underrepresented students to summer internships in his research lab. He also will offer a “summer institute” to high school teachers interested in creating nanotechnology teaching modules for K-12 students.

Mao is the fourth member of the UGA Faculty of Engineering to receive the NSF CAREER Award. Other engineering faculty recipients are Zhengwei Pan, Jason Locklin and Joachim Walther.