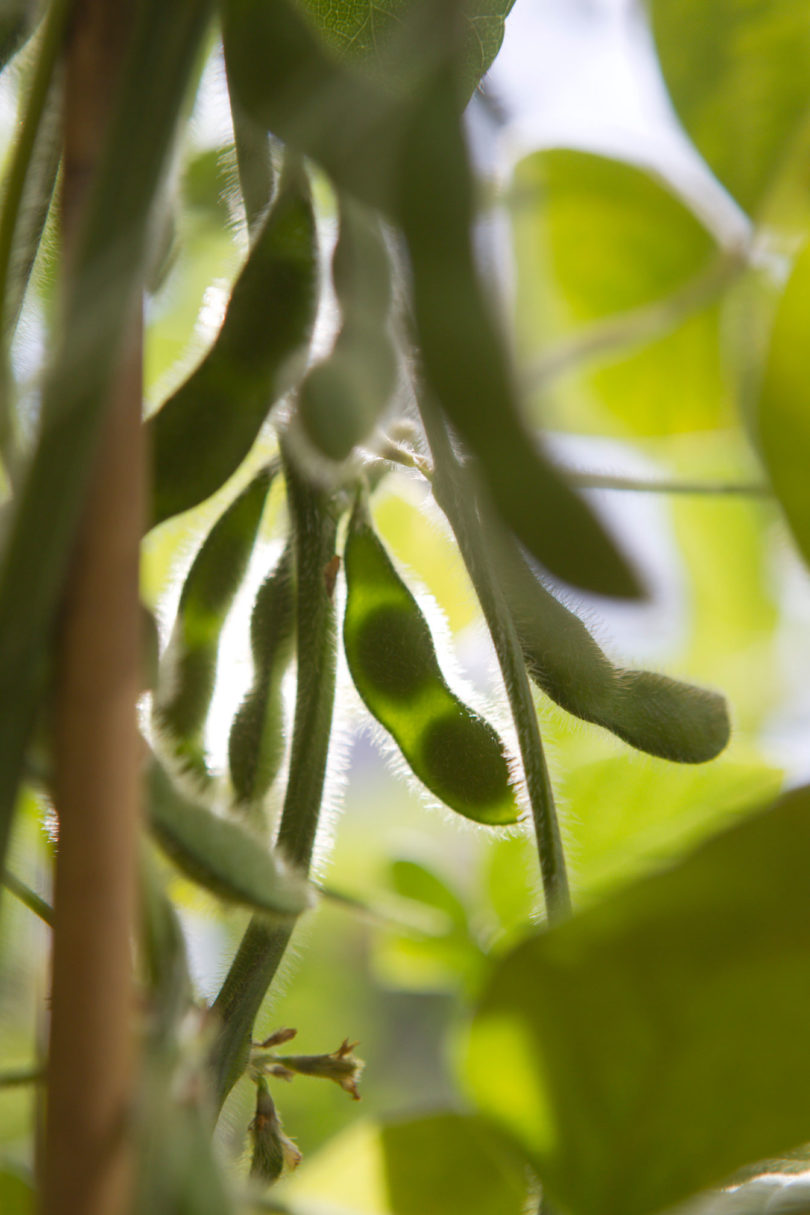 A soybean plant grows in Wayne Parrott's greenhouse on the UGA campus.

“The soybean is a key crop for meeting the nutritional needs of the increasing global population,” said Parrott, a plant geneticist and professor in the UGA College of Agricultural and Environmental Sciences. “A thorough understanding of soybean genetics is important for the development of new soybean varieties to meet the nutritional, environmental and industrial requirements that soybean could fulfill over the coming decades.”

Many research tools are available for studying the genetics of soybean, but Parrott says one resource is notably missing—reverse genetic tools.

“These tools provide a way to identify and determine the function of soybean genes of academic, biological or agricultural importance,” he said. “Genomic studies of soybean are targeted at understanding the biology behind its unique ability to produce high amounts of both oil and protein.”

Another research team previously developed and translated a soybean genetic map to help soybean breeders produce a better bean. Parrott’s team now hopes to uncover the function of the most important genes among the 45,000 to 50,000 genes in the soybean genome. The new project’s long-term goal is to investigate the function of soybean genes, especially those involved in soybean quality and yield.

“The primary objective is to provide novel mutant plants for soybean functional genomics research and for breeders to use for improved varieties,” Parrott said.

Over the next three years, the scientists will build and catalogue a collection of soybean insertional and gene activation mutants. To do that, Parrott is using a jumping gene that UGA plant biology professor Sue Wessler found in rice. The gene is one of only a few with the ability to cut itself out and move to another location in the genome, altering it, he said.

The jumping rice gene was inserted into soybean plants in Parrott’s laboratory. When something changes in a plant with the added jumping gene—such as how fast it flowers—he will then search the plant genetically. When the jumping gene is found—presumably in a new location in the genome—he can identify the modified gene there and, in this example, know what caused the plant to bloom faster.

“When the transposable element inserts itself into soybean genes, it prevents the gene from functioning, which in turn can alter the appearance of the plant or can be detected in the laboratory,” Parrott said.

Radiation in the form of fast neutrons will also be used to derive additional mutations. Fast neutrons delete genes altogether, also changing the plant’s appearance. The change in appearance is a direct indication of that gene’s function.

Improved soybean varieties will allow farmers to plant a crop that produces more soybeans using the same amount of land. And with soybean plants that are disease- and insect-resistant, farmers wouldn’t have to apply as much money-draining pesticide. Farmers could also grow varieties that produce more oil or more protein.

The soybean genetic stocks developed by the project will be available to other scientists for research and breeding.

“Soybean breeders will benefit directly by gaining the ability to make informed decisions about which genes to select for in order to more easily develop higher-yielding, disease- and stress-resistant soybean varieties,” Parrott said.

In 2011, 75 million acres of U.S. farmland were planted in soybeans, resulting in 3 billion harvested bushels. Soybeans provide 66 percent of the edible fats and oils in the U.S.