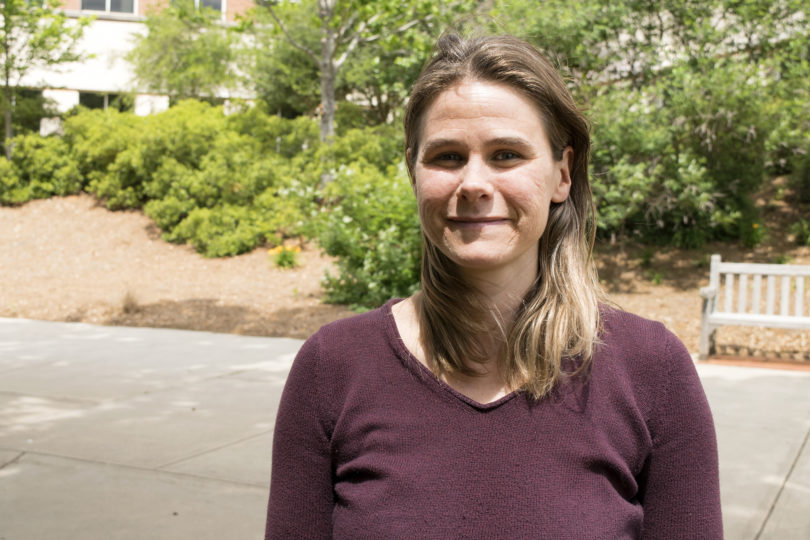 Jill Anderson is an assistant professor with joint appointments in the University of Georgia Franklin College of Arts and Sciences and Odum School of Ecology. (Credit: James Hataway/UGA)

Jill Anderson, an assistant professor of genetics in UGA’s Franklin College of Arts and Sciences, has received a $1.1 million grant from the National Science Foundation Early Career Development Program to study the effects of climate change on plants.

CAREER awards are among the NSF’s most prestigious, and they support junior faculty who exemplify the role of teacher-scholar and the integration of education and research.

Anderson’s project tests whether plants will be able to survive on a warming planet by using a mustard plant species called Drummond’s rockcress. Native to the Rocky Mountains, the plant can grow at elevations as low as 5,000 feet and higher than 12,000 feet; its range extends from Alaska to Arizona.

Anderson, who has a joint appointment in UGA’s Odum School of Ecology and is a member of UGA’s Plant Center, is particularly interested in the adaptations that allow plants like Drummond’s rockcress to “migrate” to new areas in response to changing climates.

Anderson and her colleagues will conduct large-scale field studies and laboratory experiments to see if natural plant populations have enough genetic diversity to adapt to a rapidly changing climate. The lessons they learn from studying Drummond’s rockcress may help identify plants more or less vulnerable to climate change, which could influence conservation efforts for both natural and agriculturally important plants.

For the educational component of her award, Anderson will expand an ecology course for high school students in Colorado, where she does her fieldwork. She and her colleagues will work with the teachers to build lesson plans based on fieldwork, which they will post online.