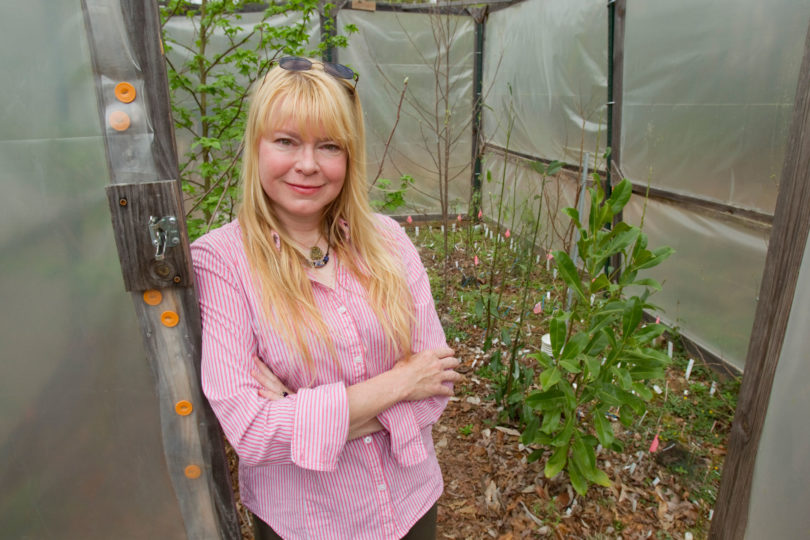 UGA ecologist Jacqueline Mohan received a $554,000 grant from the National Science Foundation to help develop more accurate predictions about the impacts of climate change on forests. Her project is part of a five-year collaborative effort led by James Clark of Duke University.

The researchers will study native forest plots representing a variety of habitat and vegetation types at sites throughout the east coast of North America and in Puerto Rico. Some are longstanding research areas and others are part of NSF’s new National Ecological Observatory Network.

The vast geographic scope and the five-year timeline of the project will allow the scientists to observe how different species respond to variations in climate over space and time.

The researchers’ approach is more typical of that taken by public health officials than ecologists, said Mohan, an assistant professor in the Odum School of Ecology.

“Jim Clark makes the point that to know how healthy a human population is, you don’t want to know how many people there are, you want to know about demographics—things like the birth rate, death rate and so on,” she said. “We’re asking the same sorts of questions.”

Mohan and her colleagues will measure indicators such as growth rates, survivorship, seed output and seedling success for the tree species at each plot.

The species composition at each study site varies, but some are common to sites across regions and habitat types. Seeing how the same species respond to different climates will help the researchers predict which species will be at risk in which regions as the climate shifts.

“In general, climate models predict that the North will become wetter and the South drier, especially during the summer growing season—mirroring what we’ve been seeing over the past 15 years or so,” Mohan said. “We’ll be able to see which species are most responsive to those sorts of changes, in a positive or negative way.”

They will compare their observations with results from soil warming experiments conducted by Mohan, Clark and others at Harvard Forest in Massachusetts, Duke Forest in North Carolina and UGA’s Whitehall Forest.

“We’ll use data from across the sites and over time to construct probability models to predict which species are likely to be most at risk from climate change impacts and which may thrive,” Mohan said. “We want to know how Eastern forests may change—how they’ll look, how they’ll function—in response to climate change. Some species will likely decline in abundance, while others will likely become more common.”