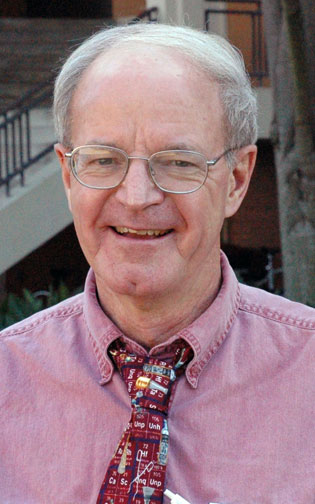 Norman Frederic Thomson, associate professor of science education in the College of Education, died peacefully at home on Nov. 13 after an 18-year battle with cancer. He was 70.

Born in Superior, Wis., Thomson earned his bachelor’s degree from Milton College in Wisconsin in 1968. He joined the U.S. Peace Corps and served in Africa for more than a decade.

Thomson is survived by his wife, Rose ­Jepkorir Chepyator-Thomson, a professor of kinesiology in the College of Education; his three sons, Jonathan Kiplagat of Hoboken, N.J., Patrick Kimutai of New York City; Robert Kipruto of Athens; his mother, Olive, of Mt. Horeb, Wis., his two brothers, Dennis (Joan) of Warriors Mark, Pa., Roderic (Linda) of Stevensville, Mich., and a sister, Elizabeth (Dean) Danielson of Steamboat Springs, Colo. His father, John, and his brother, Douglas, preceded him in death.

Friends who wish to make a memorial donation in his honor, may select their favorite nonprofit organizations, wherever located, to help underprivileged K-12 students learn science, particularly his favorite subject, evolution. In Kenya, a Norman Frederic Thomson Foundation will be established to help underprivileged students pursue high school and university education to continue his legacy. More information about the foundation will be available in the coming months.