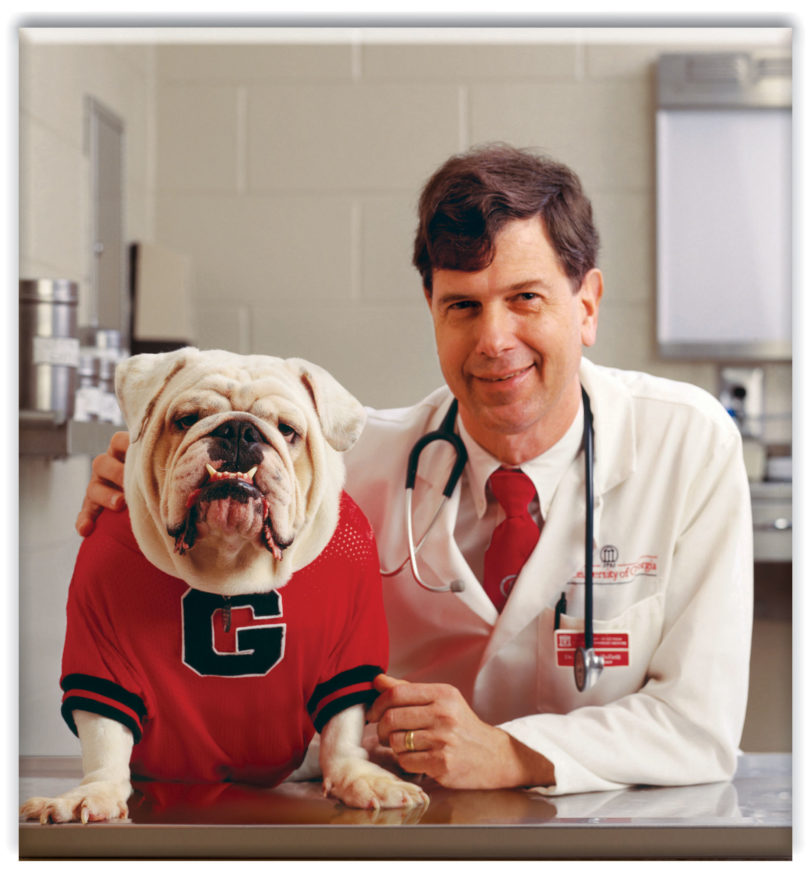 Dr. Robert Bruce Hollett, UGA alumnus and a professor in the College of Veterinary Medicine, died April 23 after battling pancreatic cancer. He was 66.

A faculty member in the veterinary school since 1989, Hollett earned his bachelor’s degree in animal husbandry from Virginia Polytechnic Institute in 1968, his doctor of veterinary medicine degree from UGA in 1972 and his master’s degree in pharmacology from Purdue University in 1974.

In 2001, Hollett began working with the Uga line of mascots and became the personal veterinarian in the ensuing years. The Seiler family of Savannah, who owns the Uga line, even named one bulldog for Hollett. “Big Bad Bruce” was Uga VIII, serving for part of the 2010 football season before his untimely death.

During his career at UGA, Hollett also served as the head of continuing education for the vet school for 21 years as well as chair of the Executive Committee of University Council during the 2008-2009 academic year. He received numerous awards including the Charles N. Dobbins Service Award in 2004, the A.M. Mills Award in 2002 and the Distinguished Service Award from the American Association of Equine Practitioners in 2000. He also was a founding charter officer for the Georgia Equine Practitioners Association.