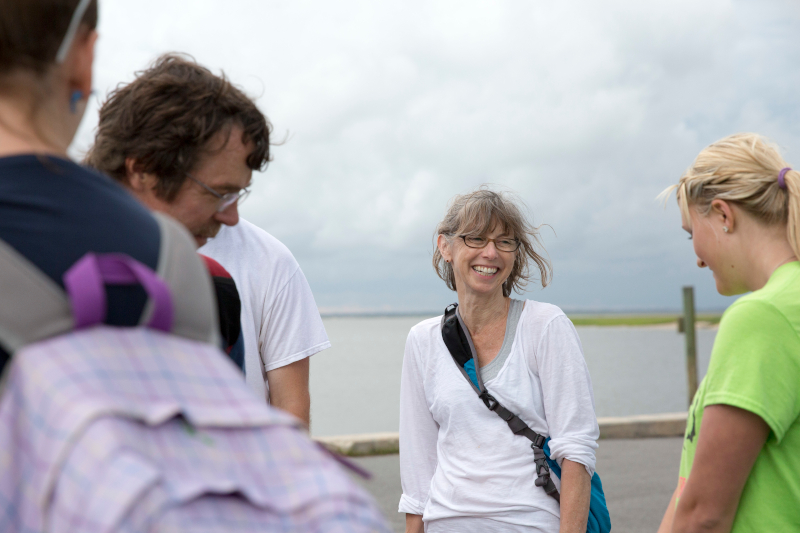 The volume of the world’s oceans defines the gigantic scale on Earth – 300 million cubic miles, and an average depth of 12,000 feet. Of all the activity taking place there at every moment, any one part can be difficult to understand, making predictions difficult if not impossible. But scientists are starting to figure out some of its most complex processes.

The concentration of bacteria around phytoplankton, for example, and how these organisms associate and release compounds hold enormous consequences for carbon cycling in the oceans. New research from the University of Georgia describes the biological possibilities of successful actors in microbial communities and sets the stage for how half of all organic carbon in the oceans is processed.

The findings were published Feb. 3 in the Proceedings of the National Academy of Sciences.

“We wanted to understand why these organisms associate and what controls the associations,” said Mary Ann Moran, Regents’ Professor in the Franklin College of Arts and Sciences department of marine sciences and lead author on the study. “The possibility that phytoplankton control the species of bacteria that survive in the microbial communities forming around them allowed us to understand who and what determines success in the communities.”

The group worked from taxonomic signals of bacteria living in the phycosphere – the nutrient-rich micron-scale region surrounding phytoplankton – that led to questions about the fundamental principles behind the associations between organisms.

“Some species of phytoplankton require certain compounds to survive that they can’t synthesize themselves. One of the best-known examples is that many marine phytoplankton species require vitamin B12 but cannot produce it. Instead, they rely on bacteria to provide the essential vitamin,” Moran said.

But not all bacteria release B12. The idea that phytoplankton can promote beneficial bacteria to assemble around them based on the compounds they release allowed researchers to begin understanding how the process works – and how to make predictions as conditions change.

Moran and He Fu, a postdoctoral associate, constructed simplified phycospheres in the laboratory in which bacteria filtered from seawater were introduced into many different mixtures of organic compounds typical of those released by phytoplankton. Although there are multiple factors that could influence the composition of the final bacteria communities that emerged on each mixture, it turned out that knowing which organic compounds were present and their ratios was all that was needed.

“The goal is to be able to explain the sophisticated interactions in these tiny microbial communities that have such a great impact on global cycles so we can understand what controls assembly now and how it would change under future conditions,” Moran said.

Moran’s research is supported by the Simons Foundation as part of an international consortium on Principles of Microbial Ecosystems.