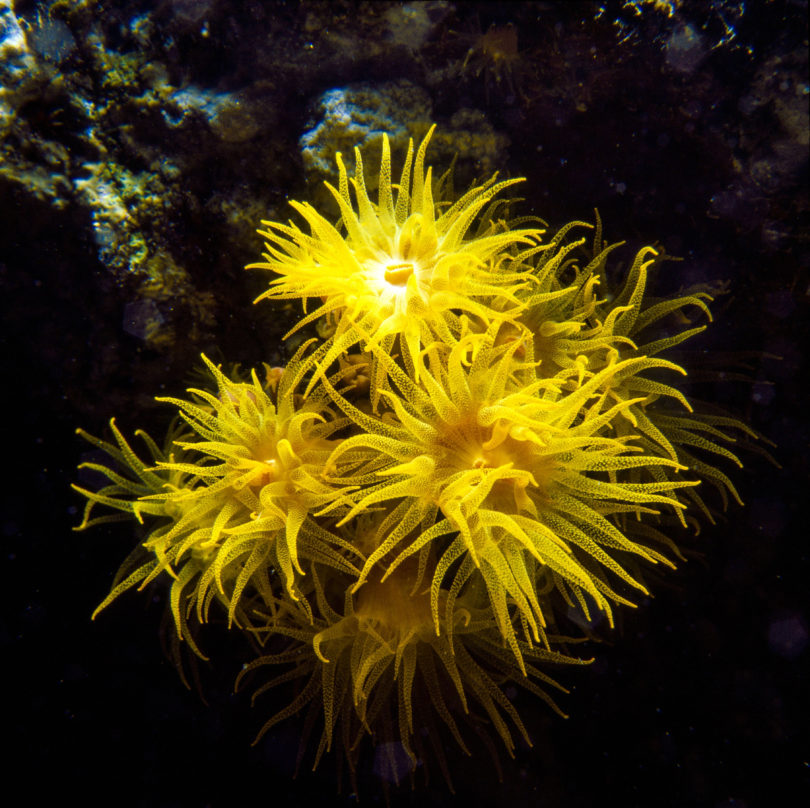 Photos by James W. Porter, Meigs Professor of Ecology Emeritus, who served as a scientific advisor and cast member for the documentary Chasing Coral, will be featured in the Odum School of Ecology’s Corals, from Sea to Screen exhibition.

The Odum School of Ecology will host a screening of the award-winning Netflix documentary Chasing Coral at noon on April 19 in the ecology auditorium. The screening will be followed by a question-and-answer session with James W. Porter, Meigs Professor of Ecology Emeritus, who served as a scientific adviser and cast member for the film.

The Chasing Coral screening is being held in conjunction with the opening of Corals, from Sea to Screen, an exhibition in the ecology atrium showcasing the Emmy®, Peabody and Sundance awards won by the film, plus coral photographs by Porter and a selection of reef-building corals from the Georgia Museum of Natural History.

Chasing Coral, which documents the global decline of coral reefs, features a series of underwater photographs taken by Porter that provide a before and after glimpse of the coral reefs of Discovery Bay in Jamaica.

The film focuses on the spread of coral bleaching, a phenomenon caused by rising ocean temperatures. When the water becomes too warm for them to tolerate, the symbiotic algae that normally inhabit coral die off, revealing the coral’s bone-white limestone skeletons underneath. Because corals can’t survive for long without their symbiotic algae, bleaching often leads to coral death.

“Coral reefs are disappearing at an alarming rate,” said Porter. “Chasing Coral attempts to get the word out and to communicate not just the problems, but also the solutions. The film’s success demonstrates that we are doing that.”

An opening reception for Corals, from Sea to Screen, with coffee and light refreshments, will take place from 10-11 a.m. on April 19. Exhibition hours are from 8 a.m. to 5 p.m. weekdays until June 28. The exhibition, reception and screening are open free to the public.