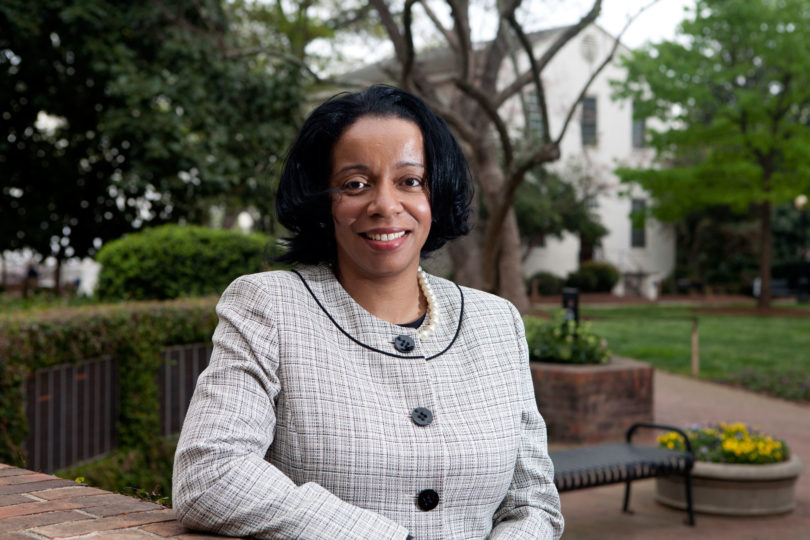 Michelle Garfield Cook has been associate provost for institutional diversity for almost one year. Columns talked with her about the status of the university’s diversity plan, projects her office is working on and what’s next for diversity at UGA.

Columns: What do UGA faculty and staff need to know about the institutional diversity plan?

Cook: That we do have a plan. That the university is being intentional and strategic in terms of addressing issues of diversity on all of our campuses. The plan offers a framework to chart our progress.

Columns: What action has been taken since the plan has been in place?

Cook: We have a lot of people doing a lot of work at all levels.

From the top, the provost has included progress on the diversity plan as one of the areas that units include in their annual reporting.

Everyone has to develop a plan or update an existing plan around diversity for their unit. We thought this was very important because what diversity might look like in one college might be very different from the diversity needs in another college. A unit may have no international or LGBTQ (lesbian, gay, bisexual, transgender or questioning) students in a discipline.

So we’re asking each unit to look internally and to consider their area, not just the institution, by comparing themselves regionally and nationally and telling us what they need to do to set goals for themselves in terms of diversity.

Columns: Is there a template units can used to create their diversity plan?

We have some handouts about how to think about diversity planning, some questions to ask yourself as a unit. OID also can look at your plan and provide editorial feedback once units have a version ready to go.

Columns: What is the Office of Institutional Diversity’s role with the diversity plan?

Cook: One of the things that’s important to remember about the diversity plan is that it’s not the responsibility of the Office of Institutional Diversity; it is everyone’s responsibility. I see our role as stewarding and shepherding the process, reaching out to people, offering resources. For us as an institution to achieve the goals of the diversity plan, everyone on campus is going to have to be engaged in that work.

Columns: What new diversity-related initiatives are being offered on campus?

Cook: We expect faculty and staff to value diversity in so many ways but we don’t necessarily offer the tools or the training around that subject. We expect, for example, someone in parking services to engage with people regardless of their international or religious background. How do we provide them with the tools to do that? That’s why we developed the certificate in diversity and inclusion. That program has been very, very successful. We’re constantly thinking of ways to add courses and to expand our course offerings.

The fourth goal of the plan focuses on engaging external partners around issues of research in regards to diversity. So we have partnered with the Office of the Vice President for Research to provide research and diversity seed grants. These were awarded in the spring of 2012 to five faculty members from across the institution who are doing research around issues of diversity-they’re doing very innovative things: research on how minorities use state parks, how various groups engage with social services.

In terms of students, the Office of Institutional Diversity is working very closely with the Office of Undergraduate Admissions to help with recruitment of minority students.

Now that the early-action students have been admitted, we’re creating a faculty-­mentoring program that matches newly accepted students from underrepresented groups with tenured faculty on campus. This will let them know that we’re really interested in having them come to UGA and let them see the accessibility of faculty who are interested in them.

We’re also looking at academic support for diverse students here on campus. In the spring, we’re rolling out a new program called CASA, which stands for Cultures of Academic Success and Achievement. It will serve as a resource for those who need or request academic support.