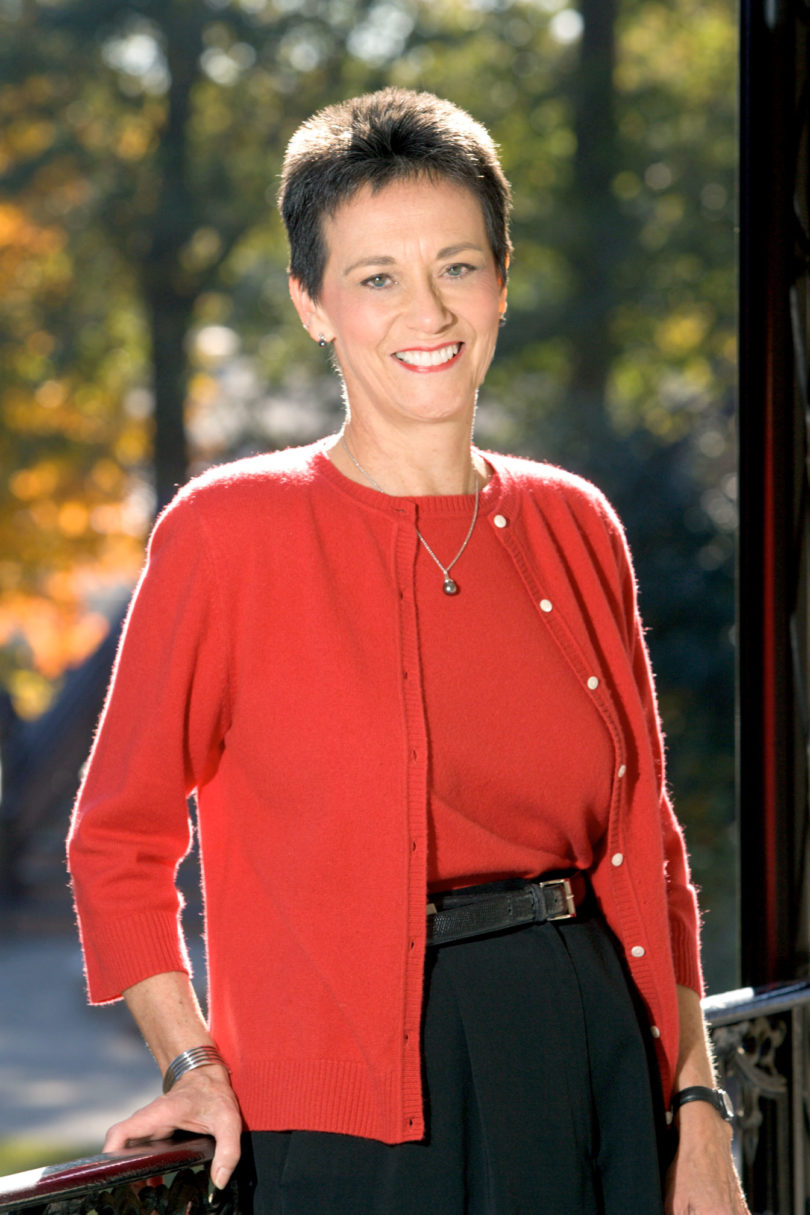 Mary Stakes is ready to perform CPR. Civic CPR, that is. In her new role as state coordinator for the nationally sponsored Civic Mission in Schools, she is organizing efforts to revive Georgia students’ understanding of citizenship, participation and ­responsibility.

Stakes is no stranger to this mission. As public service associate and civic education specialist with the Carl Vinson Institute of Government, she has extensive experience in developing educational materials, working directly with teachers, and helping coordinate training for newly elected state legislators.

“Because of its strong program of providing assistance and training to state and local officials, the Vinson Institute is in a perfect position to help Georgia educators emphasize the importance of those levels of government to their students,” Stakes says.

Indeed, what began in the 1970s as basic lesson plans on state government has grown into an extensive program-of state-adopted textbooks on Georgia history, government and law-related education; supplementary materials; and teacher workshops-that is not only respected statewide but viewed as a model on the national level.

There is continuing work to be done in making sure today’s students have the knowledge, skills and values needed to be active citizens, according to Stakes.

“Statistics reveal that more students know the name of the Simpsons’ hometown and the winner of the last American Idol contest than the three levels of government and that less than 20 percent of eligible voters 18 to 25 years old voted in the 2004 presidential election,” she says. Factor in a decline in the level of civic engagement overall nationally, and the mission becomes even clearer.

“The Civic Mission in Schools is a national effort supported by both state legislatures and educational organizations to further the cause of more effective civic education,” Stakes says. A 2003 study conducted by the National Conference of State Legislatures found that students who have taken a civics course are two or three times more likely to vote, follow government, and contact a public official about an issue that concerns them.

“The challenge comes in providing educators with the knowledge and resources they need to help students really understand the importance of civic participation and that they do have a voice,” Stakes says. “A majority of the American public believes that preparation for good citizenship should be a goal of our schools, and teachers share that belief. Our access to policymakers and the strong network of teachers we have developed make the Vinson Institute a natural location for carrying out the civic mission in this state.”

“This was a very energizing event,” Stakes says. “We learned a great deal about what other states are doing, heard from national speakers, and left with an action plan for Georgia.”

Georgia is in a relatively strong position when it comes to refocusing on civic education in the schools, according to Stakes.

“As it did in the past, the new state curriculum for social studies includes a strand on civics and government for grades K-8 and a government class at the high school level,” she says. “This is not the case in many other states.”

Stakes is currently working on developing a civic education coalition for Georgia that will include representatives from the government, education and community sectors.

“The Institute’s civic education program has always had the strong support of such organizations as the Association County Commissioners of Georgia and the Georgia Municipal Association,” Stakes says. “These officials see the direct effects of civic participation, or the lack of it, on a daily basis.”

Plans to utilize the survey expertise of the Vinson Institute to gain a better understanding of the status of civic education in Georgia are also in the works.

“There are many good civic education programs and activities in our state right now,” says Stakes. “Our mission will be to explore how we can bring more attention to them and strengthen their effectiveness.”

An informed and engaged citizenry is a winning situation for all aspects of society, she believes. “As a public service unit of the university, it is a great opportunity for the Vinson Institute to help civic education make a full recovery,” Stakes says.