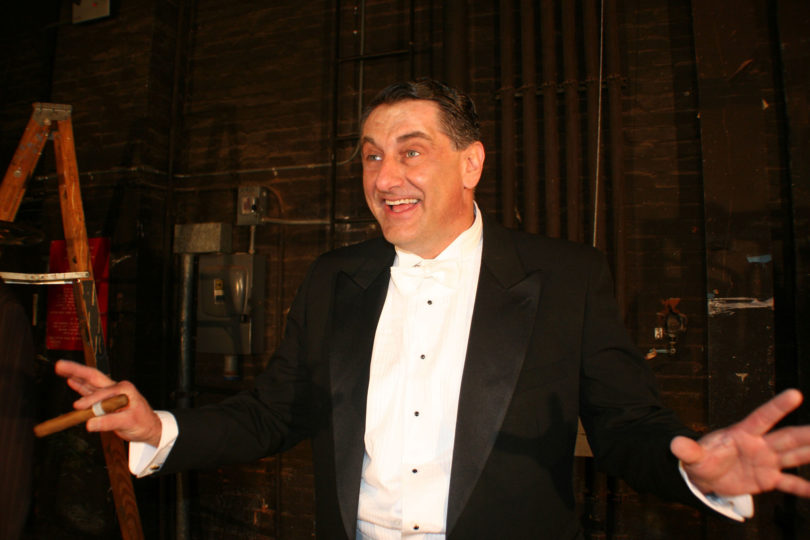 The department of theatre and film studies will premiere Put It in the Scrapbook at 8 p.m. Aug. 24–25 in the historic Morton Theatre in downtown Athens.

Put It in the Scrapbook is an original one-man show written by and starring George Contini, an assistant professor  of theatre and film studies. The play showcases the life of vaudevillian performer Julian Eltinge, a female impersonator often seen as the progenitor to the gender-bending performances of RuPaul, Dame Edna and Eddie Izzard.

In conjunction with the performance, a colloquium will be held Aug. 24 at 12:20 p.m. in Room 53 of the Fine Arts Building.

Put It in the Scrapbook traces Eltinge’s career from his first performance impersonating a young girl for the Boston Cadet Academy in 1898 through his years of international fame on Broadway and Hollywood during the 1920s to his eventual decline into debt and obscurity by 1940.

Contini, a professional actor, director and playwright, will play more than 20 characters throughout the narrative, sometimes playing opposite himself. The multiple characters will be accomplished through the use of new and archival video, animation and other media, highlighting the department’s emphasis on innovative use of digital media in live performances.

Having spent the past four years researching and writing this play, Contini recreates some of Julian Eltinge’s “lost” performances from vaudeville, Broadway and film.  This is the first play written about Eltinge in a project to reintroduce modern audiences to the legend. In recent years, performance and gender studies experts have renewed interest in Eltinge’s story because of his role in  the history of cross dressing.

“The title Put It in the Scrapbook refers to a number of things,” Contini said. “It is the name of a song from one of Eltinge’s very first appearances in drag. Also, most of what we know about Eltinge is from various scrapbooks housed in archives throughout the country. And finally, a scrapbook serves as the entry to Julian’s memories in the play.”

This production was supported by grants from Ideas for Creative Exploration, the Willson Center for Humanities and Arts and the Franklin College of Arts and
Sciences.