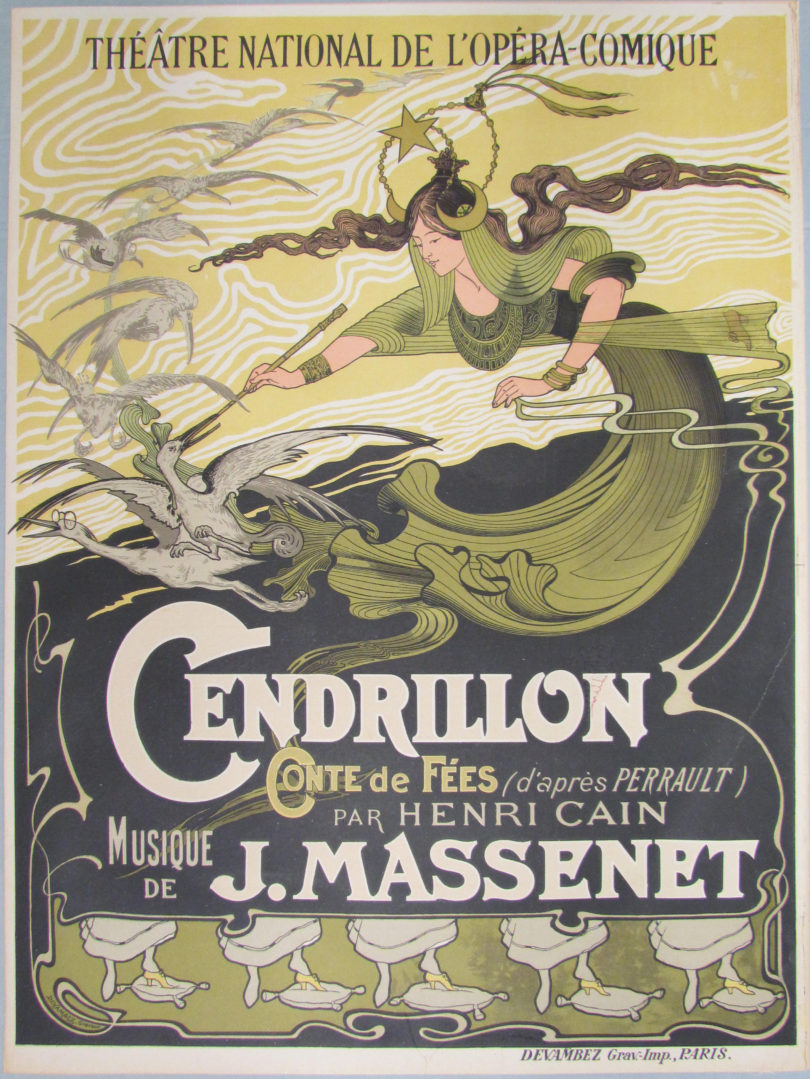 The glitz, glam and spectacle of the opera scene during the Belle Époque are on view in the exhibition “Opera in Print: Fin-de-siècle Posters from the Blum collection” at the Georgia Museum of Art at the University of Georgia through April 22. The exhibition features posters that promoted these operas.

The Belle Époque (French of “beautiful era”) lasted from the 1870s through the 1910s. It was a time of optimism, regional peace, economic prosperity and cultural innovation before the chaos and destruction of World War I. The arts flourished.

The invention of lithography (printing using a stone or metal plate) allowed for the extensive production of posters in this era. Quickly becoming the dominant form of mass communication, posters lined every public surface, making the streets an art gallery. Because posters were a new concept and medium, artists had freedom to explore form and content. Their lavish designs still influence the advertising industry today.

Jules Chéret, Alfred Choubrac, George Dola and Roger Chancel are among the artist who created the posters in “Opera in Print.” Chéret is considered the father of the modern poster, having invented a new form of lithography that allowed for more color and innovative typography. Choubrac introduced technical advances to lithography that reduced the cost of producing posters. These artists specialized in posters for the opera houses and Parisian nightlife. 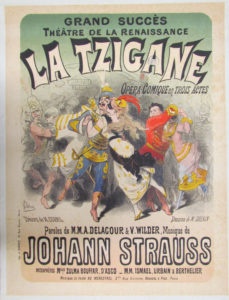 Abigail Kosberg, the museum’s Pierre Daura Center Graduate Intern, is the curator of “Opera in Print.” Kosberg has been working on the exhibition for a year and a half. “I think visual/advertising culture is an aspect of art history that gets little attention because we don’t always view advertisements as art,” she said. “These posters show how, right from the beginning of mass media, artists saw advertisements as a means of artistic expression. They provide us a window not only into the artistic culture and trends of the turn of the century, but also show a fantastic intersection of different art forms.”

Kosberg selected the works that make up the exhibition from a large gift of posters by Murray and Nancy Ann Blum. The exhibition is sponsored by the W. Newton Morris Charitable Foundation and the Friends of the Georgia Museum of Art.