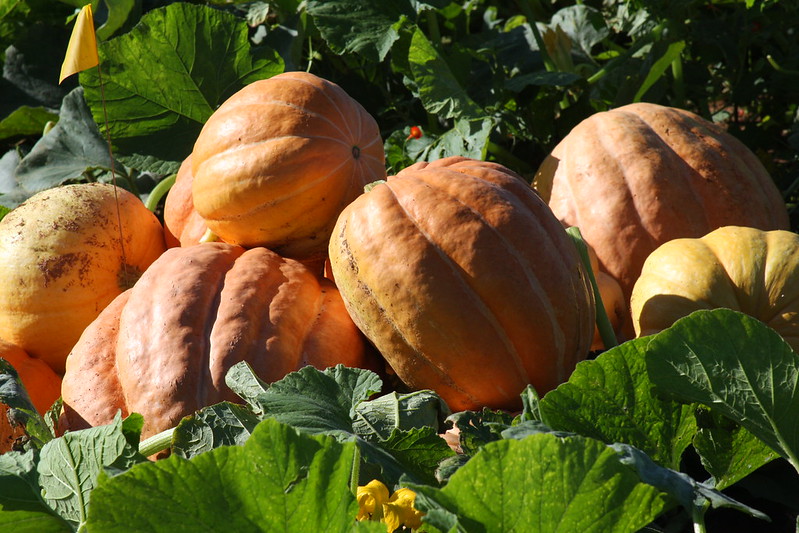 Bred by University of Georgia researchers, "Orange Bulldog" is a standard Jack-o’-lantern-sized pumpkin, but it features colors ranging from salmon to burnt orange.

Georgia farmers devote about 900 acres to growing pumpkins – technically a squash and a cousin to the cucumber. Most Georgia-grown pumpkins come from the northernmost part of the state where the climate is cooler and there is less disease pressure.

Home gardeners who want to grow their own pumpkins for the fall season needed to have their seeds in the soil between May and early July, as it takes most varieties 75 to more than 90 days to mature. How you plan to use your pumpkin — in a pie, in a cornucopia, carved with a scary face — determines which variety you should grow. The smallest are typically used for table displays, medium-sized pumpkins are best for pies, and larger ones make the best carving pumpkins. Many smaller pumpkins have extremely hard shells and can be exceptionally difficult to try to carve.

According to University of Georgia Cooperative Extension horticulturists, growing pumpkins can be difficult, as diseases like powdery mildew and a range of viruses, as well as insects like vine borers, love them too. Selecting a disease-resistant variety like the UGA-bred “Orange Bulldog” will give gardeners a leg up. Organic growers in particular love the variety because it can be grown without applying pesticides.

The Orange Bulldog is a standard jack-o’-lantern-sized pumpkin, but features colors ranging from salmon to burnt orange. It took College of Agricultural and Environmental Sciences scientist George Boyhan years of selecting the most round, orange squashes to generate seeds that would routinely produce a large, orange squash that could be used like a traditional pumpkin.

He bred Orange Bulldog from germplasm collected from the jungles of South America and released it in 2004. It’s so popular now that seeds are always in high demand and often unavailable.

Some Georgia 4-H members grow pumpkins to show off their gardening skills and to compete against their peers in the annual 4-H pumpkin-growing contest. The winning pumpkins typically weigh between 400 and 600 pounds.

According to UGA Extension horticulturist Tim Coolong, producers in Michigan and Wisconsin have grown pumpkins that weigh more than 1,000 pounds.

“In order to get really big pumpkins, you need cooler nights,” Coolong said. “The cooler night weather allows those pumpkins to get bigger. We can certainly grow pumpkins that weigh several hundred pounds in South Georgia, but to really get a lot of size out of them, it would help if you lived in Blairsville [Georgia] or a similar area.” 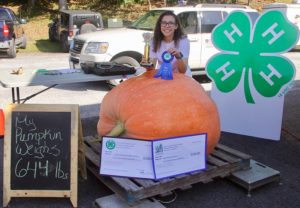 After carving the Halloween pumpkin, the seeds can be dried and roasted by tossing them with oil and/or salt and placing them in a preheated oven at 250 degrees Fahrenheit for 10 to 15 minutes.

Smaller pumpkins, called “pie pumpkins,” can be cooked down and served up in pies at Thanksgiving and Christmas. (Tried and true Southerners prefer sweet potato pie, although some palates can’t discern between the two.)

Pumpkin can also be canned, dried or pickled. UGA Extension specialists say freezing is the easiest and safest way to preserve pumpkins.

“There are no safe, tested home-canning procedures for mashed pumpkins or pumpkin butters either,” said UGA Extension food safety specialist Elizabeth Andress. “If you guess wrong, the result could be botulism [a rare, but serious illness caused by foodborne bacteria].”

Due to natural acidity levels, home canners should use certain precautions when canning pumpkin to make sure it’s safe to eat. Smaller pumpkins with hard rinds and stringless, mature pulp are best for pressure canning cubed pumpkin.

USDA processing directions can be found at nchfp.uga.edu/how/can_04/pumpkin_winter_squash.html.