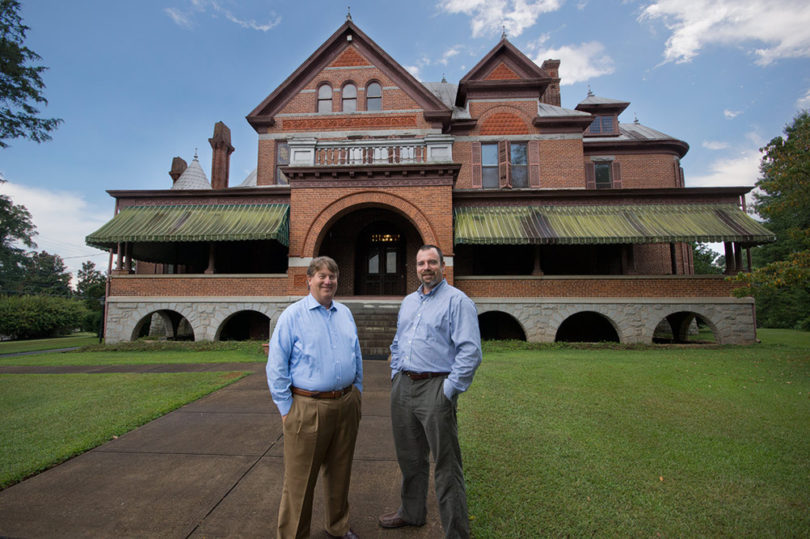 Athens, Ga. – An international nonprofit organization dedicated to the conservation of imperiled reptiles and amphibians has partnered with the University of Georgia to collaborate on conservation efforts for these species and their habitats.

“We both have a serious and sincere interest in the conservation of these species,” he said.

The Orianne Society has a long history of working with a diverse number of interdisciplinary partners to develop and implement efforts to restore jeopardized herpetological species. The new collaboration with the Warnell School will allow the Orianne Society to build a stronger affiliation with researchers across UGA, Clutter said.

Often overlooked in conservation policies, reptiles and amphibians are vital to biodiversity on Earth as they help maintain the sensitive ecological balance within their ecosystems. They also play an important role in pest control, and the venom of some of these species may be used to treat diseases such as cancer and diabetes. However, many reptile and amphibian populations are declining due to habitat loss and degradation, disease and deliberate persecution.

Researchers from Warnell and the Orianne Society have collaborated on several projects, and a UGA undergraduate student is currently conducting one of the first ecological studies of canebrake rattlesnakes in the Piedmont region, a species declining rapidly throughout its range. Members of the Orianne Society recently traveled to UGA’s Costa Rica campus to discuss potential international program partnerships, including the organization’s work with black-headed bushmasters.

In addition to the Warnell School, the Orianne Society is working with UGA’s College of Veterinary Medicine on projects requiring surgeries, such as transmitter implants, and the organization also submitted the first case of snake fungal disease to UGA’s Southeastern Cooperative Wildlife Disease Study, or SCWDS, unit.

“Our partnership with UGA is an important step in advancing the conservation of imperiled reptiles and amphibians,” Jenkins said. “UGA gives us the amazing opportunity to work with some of the strongest students in the world and the opportunity to help develop some of tomorrow’s conservation leaders.”

The Orianne Society has established offices at White Hall Mansion, located in the 840-acre Whitehall Forest managed by the Warnell School for research purposes.

Warnell School of Forestry and Natural Resources
The Warnell School of Forestry and Natural Resources at UGA is the oldest existing forestry school in the South. The Warnell School’s educational and outreach programs focus on the conservation and management of Earth’s natural resources, including forests, fisheries, wildlife and water sources. The school emphasizes the importance of balanced management of ecosystems throughout Georgia and the world. For more information, see www.warnell.uga.edu.