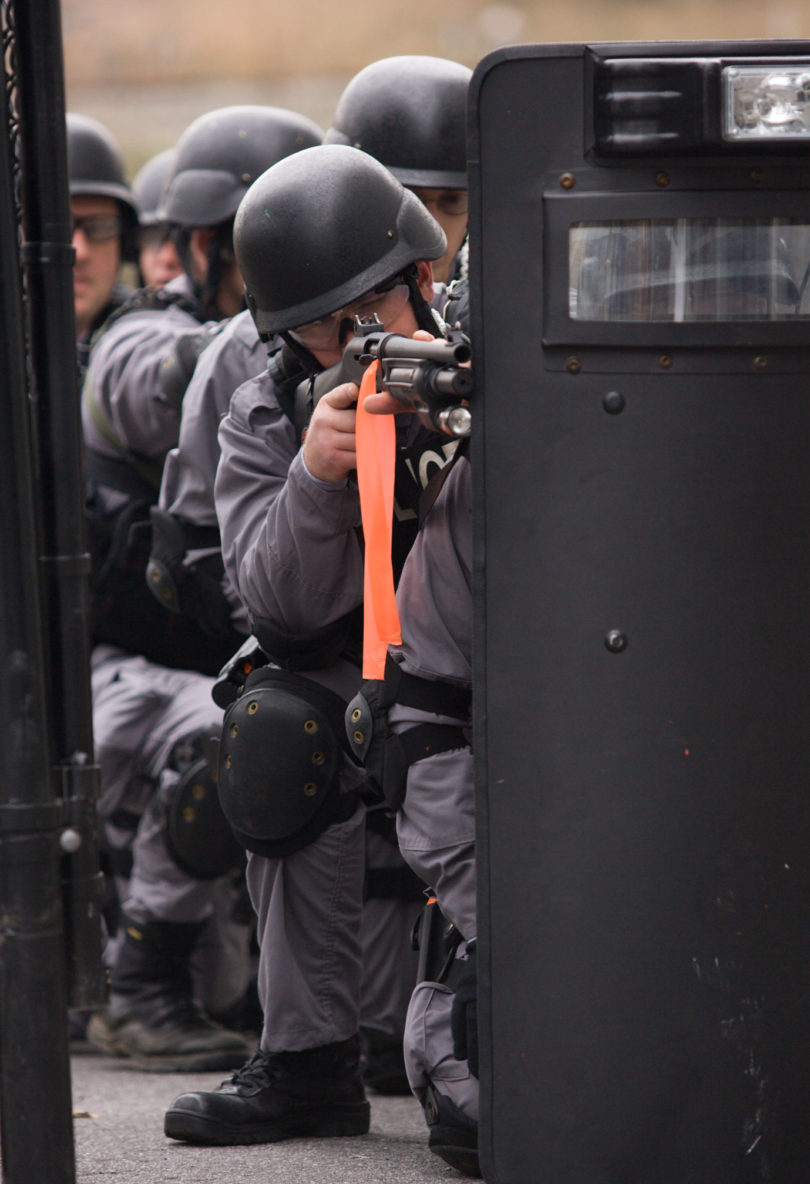 A new training video depicts a shooter on campus with police response to scenes in different buildings.

A new video, created in part by the Office of Security and Emergency Preparedness, aims to get people thinking about what they would do if a gunman entered their office building, classroom or lab.

Campus shootings received national attention after the 2007 incident at Virginia Tech, and UGA’s Office of Security and Emergency Preparedness decided the University System of Georgia should have its own training video.

The university had been training police officers on how to handle active shooters, but “after Virginia Tech we received a lot of inquiries about training-especially what do faculty, staff and students do in an active shooter situation,” said Steve Harris, director of OSEP.

Plan, Prepare, React-Active Shooter Response Options for Students, Faculty and Staff was created as a resource for all the colleges and universities in the system.

The 10-minute video depicts a shooter on campus with scenes in the Psychology-Journalism building, Peabody Hall and on North Campus. It shows students’ reactions and the UGA Police Department responding to the situation. Interviews with campus police chiefs also are shown, along with other system campuses and students.

In addition to the video, the safety presentation includes classroom activities, tips for personal emergency planning and information on past shootings, fleeing the scene, barricading a classroom, assisting others and what to do when law enforcement arrives.

“It’s less likely that it’s going to occur on campus, but you should keep your awareness levels up wherever you are,” he said. “Before an emergency happens, think about what you would do. Where are the closest exits? How could I get out of this situation if a fire happens? A tornado? Run a scenario through your head and determine what would be the best options for you.”

To date, OSEP has trained 1,000 people with the video presentation. Class attendees have been from UGA as well as all schools in the university system. Intended to be a “train-the-trainer” module, the class not only teaches participants about active shooters, but teaches them how to lead training presentations at their schools and organizations. OSEP has led 30 classes so far with more planned for the fall.

OSEP staff and the UGA police have given the active shooter presentation to the law school, library staff, student groups and cadets at the Navy School.

“Departments can request it and we do it regularly in staff training and development,” Harris said.

The presentation, which can be customized, can range from 45 minutes to two hours.

“All these schools have heard about it and requested it because it’s a quality product,” said Harris. “And as long as we have copies, we are happy to provide them.”