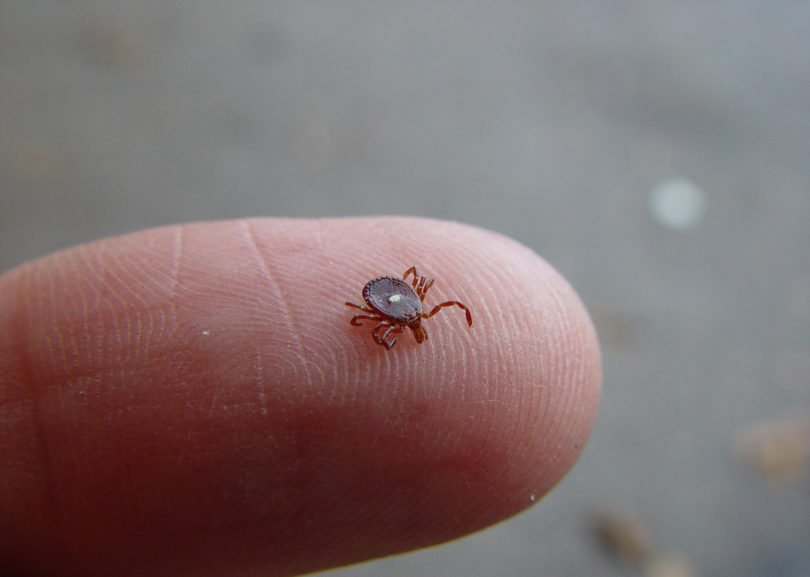 When a woman posted on social media that she’d found a tick, Michael Yabsley, a University of Georgia wildlife disease researcher, responded as he would normally.

“I want the tick,” he replied to her post on their neighborhood Facebook page, offering to pick it up from her mailbox in order to maintain social distancing.

This was in late March, during the early days of local shelter-in-place policies. Yabsley started seeing more and more posts from neighbors who were, for the first time, discovering the wooded trails in their area. They were also noticing lots of ticks.

Ticks are common in the Southeast during spring and summer. For people who usually spend time in landscaped public parks or lawns, however, going into the woods and bringing home ticks was a big change. This led Yabsley to an idea, outlined in a midnight email to colleagues: During the quarantine, could they document the change in time spent in areas where people might encounter ticks?

The answer was yes, and a national survey was jointly created with Hollins University, Duke University, Clemson University and the University of Rhode Island. The goal is to determine if COVID-19 restrictions have affected the time that people or their pets spend outdoors, and if this change is associated with an increased risk of exposure to ticks.

“A big part of my research group is ticks and tick-borne diseases,” said Yabsley, professor of wildlife disease with a joint appointment in the Warnell School of Forestry and Natural Resources and the Southeastern Cooperative Wildlife Disease Study at the College of Veterinary Medicine. “I think about ticks a lot.”

And now he has a lot more people thinking about ticks. More than 2,200 responses have been recorded so far, and the survey will continue through mid-to-late May, depending on when and how states begin relaxing orders to shelter at home.

The survey gathers information about changes in habits for people, their children and their pets. Anyone can take the survey—whether or not they’ve seen a tick—since the emphasis is on changes in behavior. Sample questions include:

The survey is open nationwide, but so far about three-fourths of participants are from the eastern part of the country. Yabsley hopes to have results later this year. 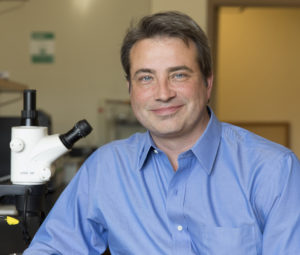 “I do expect to find that a certain segment of the population is going to be at an increased risk of exposure to ticks and tick-borne diseases because of changes in their behavior,” he said. “They’re going out into wooded areas they may not have gone into before, where ticks are very common, and many may not take appropriate precautions.”

Yabsley also serves as the “tick expert” on the board for the Companion Animal Parasite Council, a national nonprofit that looks at primarily vector-borne diseases of dogs and cats. CAPC provides geographically based trend and forecast data for agents of Lyme disease, ehrlichiosis and several other diseases. This time next year, he hopes to compare CAPC testing data for dogs with the survey’s behavioral data to see how changes in human behavior now may affect canines’ exposure to different tick-borne pathogens.

For now, Yabsley the national tick expert is also serving as his neighborhood tick expert. He identified the mailbox tick, telling his neighbor what species it is. And he continues to offer advice for avoiding ticks. Use an insect repellent that contains DEET or picaridin or spray clothes with permethrin. When you get home from a walk, do an immediate tick check and shower to get rid of anything that’s crawling on you. Put your clothes in the dryer, because ticks don’t like heat. And if you still find a tick on you, he recommends using sharp tweezers to grasp right at the skin level and pull it up.

Although he understands why most people would prefer to avoid ticks, Yabsley appreciates them.

“What I love about studying them is they’re amazingly sophisticated—they live in the environment for most of their lives, but must find three different hosts to complete their life cycles. And importantly, they transmit so many different pathogens. It’s a very, very complex system, and I find that complexity fascinating,” he said. “There’s just so much we don’t know yet about them. In terms of health problems, ticks are second only to mosquitos for the number of pathogens and the amount of disease that they cause in people and animals.”