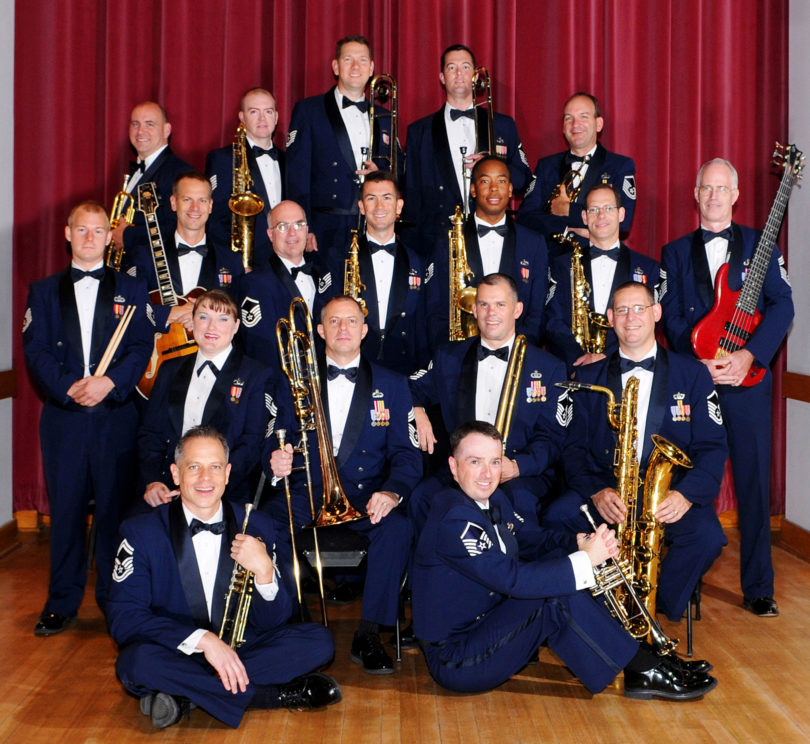 Athens, Ga. – The UGA Performing Arts Center will present the Airmen of Note, the U.S. Air Force Band’s premier jazz ensemble, April 29 at 3 p.m. in Hodgson Concert Hall. The concert is free; however, tickets are required.

The Airmen of Note traces its roots back to the Big Band era of Glenn Miller. While serving his country during World War II, Major Miller created the Glenn Miller Army Air Corps Dance Band, which engaged in hundreds of performances and radio broadcasts listened to by millions.

The U.S. Air Force founded the Airmen of Note in 1950 to carry on the tradition of Miller’s popular dance band. Today, the “Note” features 18 of the most talented jazz musicians in the country and is one of the last touring big bands in the world.

Through the years, the Airmen of Note has presented its brand of big band jazz to audiences across the U.S. and on tours throughout Europe and Asia. The ensemble’s commitment to musical excellence has earned the respect of the world’s foremost jazz artists, resulting in collaborative efforts and recordings with such performers as Dizzy Gillespie, Joe Williams, Sarah Vaughan and Nancy Wilson.

Throughout the history of the Airmen of Note, the Glenn Miller sound has remained a central ingredient in the band’s musical heritage. Today, Master Sergeant Alan Baylock, the group’s current chief arranger, helps maintain a commitment to this tradition in addition to cutting-edge innovation. In 2010, the Airmen of Note celebrated 60 years serving as one of the country’s most respected musical organizations.

The Athens Banner-Herald is the media sponsor for this event.