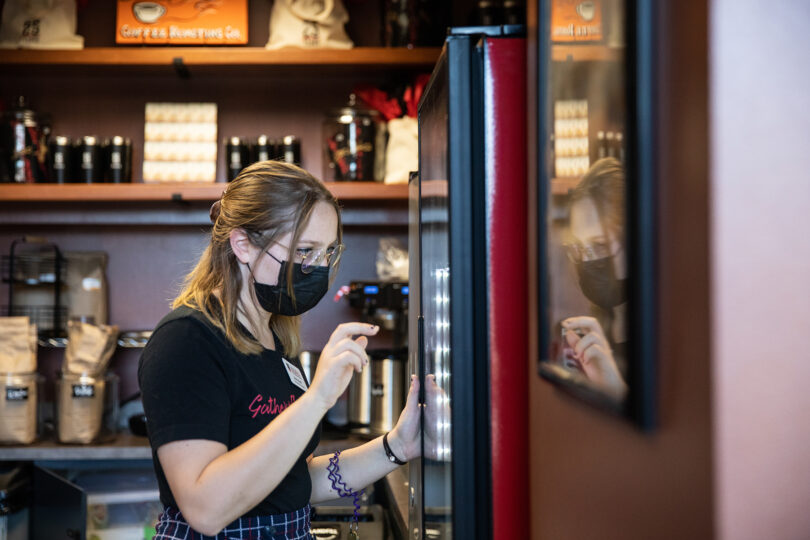 Roni Nash checks the concessions before a performance at the UGA Performing Arts Center. (Photo by Chamberlain Smith/UGA)

They go behind the scenes at the Performing Arts Center

They say that “all the world’s a stage,” and for Roni Nash and Emilie McCumbers, that’s particularly true.

Nash, who is earning a degree in theatre from the Franklin College of Arts and Sciences, and McCumbers, a fourth-year student earning a degree in special education with an emphasis in adapted curriculum and autism from the Mary Frances Early College of Education, are just two student workers who have put in hours of work behind the scenes at UGA’s Performing Arts Center—and learned much more than lines or choreography in the process.

Nash’s world is an actual stage, playing the role of Alexi Darling in UGA Theatre’s production of “RENT,” for example. In fact, she said that the stage is her passion, so the opportunity to work in and be around that setting is important.

“There is nowhere else I could see myself,” she said. “This job really has influenced how I will go about being a performer and an artist. It is very helpful to know what goes on in the inner workings.”

A love for the theatre 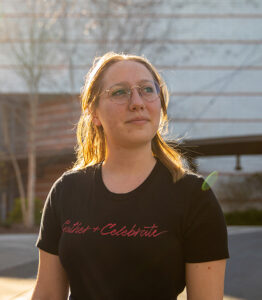 Nash works as concessions manager and artist assistant at the PAC, all the while making connections and stoking her love for theatre.

As concessions manager, she handles all of the money and sales during performances, makes sure everything is set up before the performances begin and does inventory before and after performances. As an artist assistant under Blake Schneider, PAC’s assistant director, she tends to performers’ needs, whether that’s grabbing another cup of coffee or, on one memorable occasion, making impromptu alterations on a costume right before a performer took the stage.

“If they need anything, and I’m able to do it, then I’m taking care of it,” she said. “I get to meet a lot of people through that, too.”

All of that experience follows a piece of advice Nash received from a mentor. She was told that as an artist who will be auditioning and might need a second job, it helps if that second job is something in that field.

Nash said this management experience has expanded her leadership, interpersonal and critical thinking skills. She works with different student workers each shift and tries to lead them fairly and mindfully. And as each shift brings different challenges, she’s learning to prioritize and think on her feet. She hopes that all of this, combined with her work in theatre groups, will help as she begins her career.

“I can go to employers at theatres and say, ‘I’ve done this before. I can be a good fit with you,’” she said. 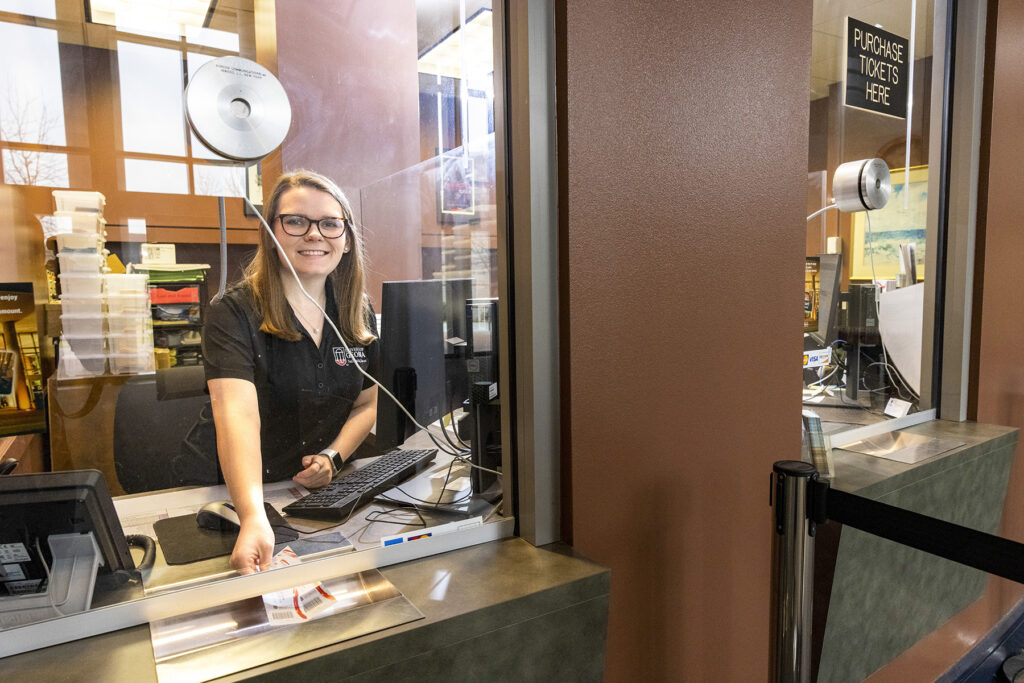 McCumbers, on the other hand, takes the stage at the front of a classroom. She’s currently student teaching at a primary school in Oglethorpe County, interacting with other teachers, school administrators and her students’ parents, and she credits her work at the PAC with helping her feel more comfortable in those situations.

At the PAC, McCumbers answers questions about performances and sells tickets at the box office. She works during the box office’s regular hours and during events, handing out will call tickets to patrons and selling tickets at the door. Because her position is based in customer service, she quickly had to become more comfortable interacting with others—something not inherent to someone who describes herself as naturally timid and shy.

“The growth that we have witnessed in Emilie has been incredible,” said Dee Hayman, PAC’s box office manager. “Emilie has exceeded any expectations we’ve had, and it’s truly been a joy to witness that in every respect. I’m lucky to be able to see something like that.”

That confidence led her to become a student ambassador for the College of Education, giving tours and helping with orientation and other events. She’s currently co-chairing their professional development committee and said that the planning, organization and time management skills she’s learned through her work at the box office have been instrumental in that position.

“What the box office has really helped me improve in is my interpersonal skills and professional communication skills,” she said. “Through my experience here and that practice, I’ve blossomed and feel much more comfortable.”