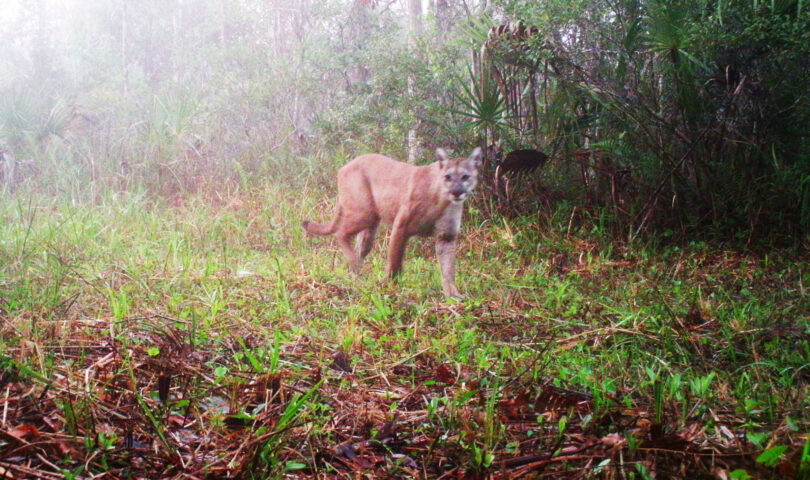 A panther in South Florida. The image was captured by the wildlife cameras used in the study. (Photo courtesy of Warnell)

During the 1990s, the main sources of mortality were bobcats and hunter harvest

A new study by the University of Georgia found Florida panthers are the No. 1 cause of mortality for white-tailed deer in Southwest Florida. 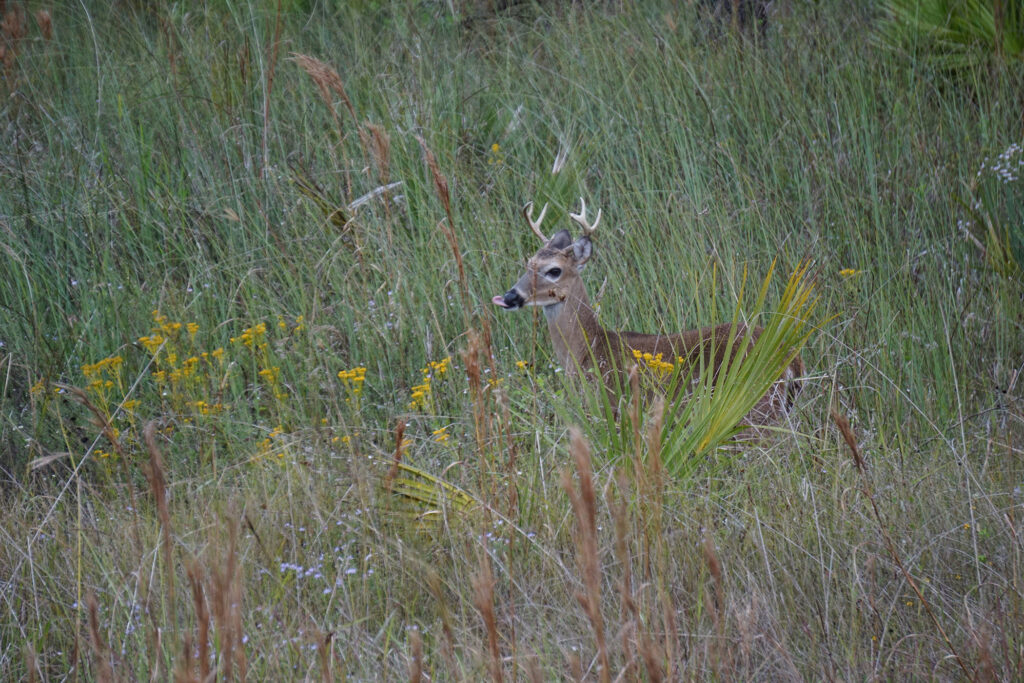 A deer whose image was captured as part of the study. (Photo courtesy of Warnell)

The researchers set out to get a better picture of what factors most affect the survival of Florida’s white-tailed deer, the most popular game species in the state and a key prey species for the Florida panther.

Published this month in the Journal of Applied Ecology, the publication is part of the South Florida Deer Study, a large-scale white-tailed deer research project funded by the Florida Fish and Wildlife Conservation Commission from 2015 to 2019. 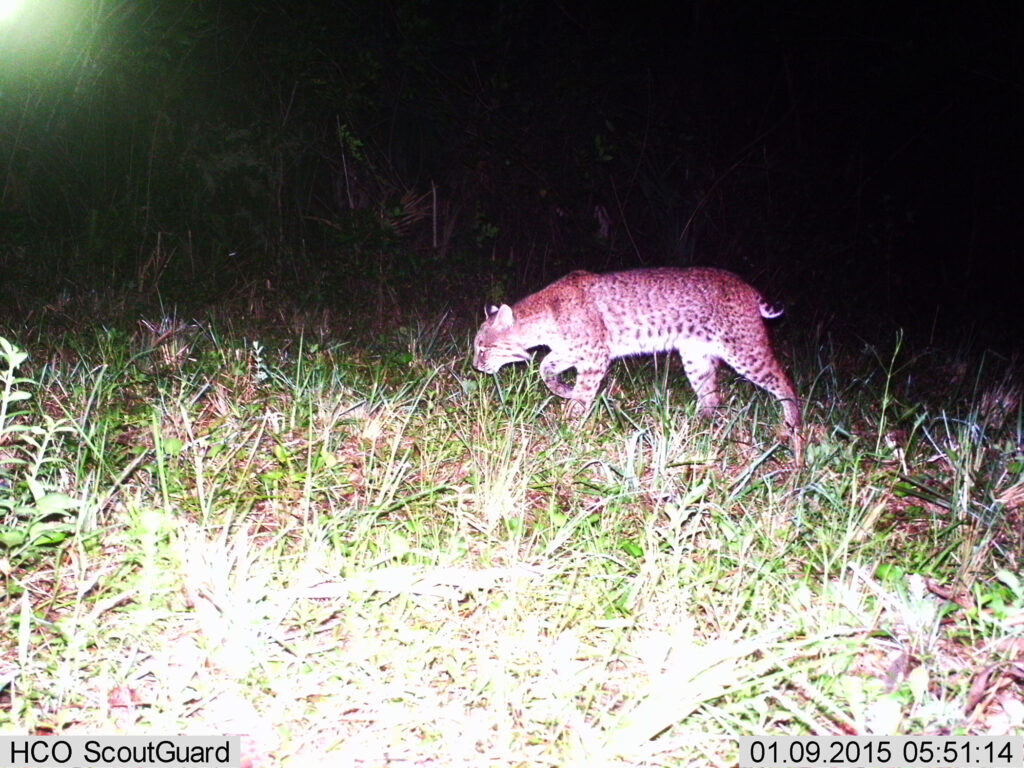 A bobcat at night. (Photo courtesy of Warnell)

The number of deer killed by Florida panthers was very high compared to previous studies, said Richard Chandler, associate professor in the UGA Warnell School of Forestry and Natural Resources. Of the 241 deer captured and fitted with GPS collars during the study, 96 were killed by Florida panthers. During the 1990s, few deer were killed by panthers and the main sources of mortality came from bobcats and hunter harvest. In the new study, only seven deer were killed by bobcats, and only one deer was harvested by hunters.

Listed as endangered by the U.S. Fish and Wildlife Service, the Florida panther represents the only population of pumas in the eastern United States. Genetic restoration efforts began in the mid-1990s in response to low population and inbreeding concerns, and the panther population has increased substantially over the last 20 years, from 20 to 30 in the 1990s up to 200 in 2017.

The increase in panther predation on deer comes amid a larger shift taking place across the landscape. The Comprehensive Everglades Restoration Plan now underway will restore natural waterflows and benefit many aspects of the ecosystem, but it may also flood land that was already marginally hospitable to deer. The study found that deep water had a negative effect on female deer survival, although no cases of drowning were recorded. 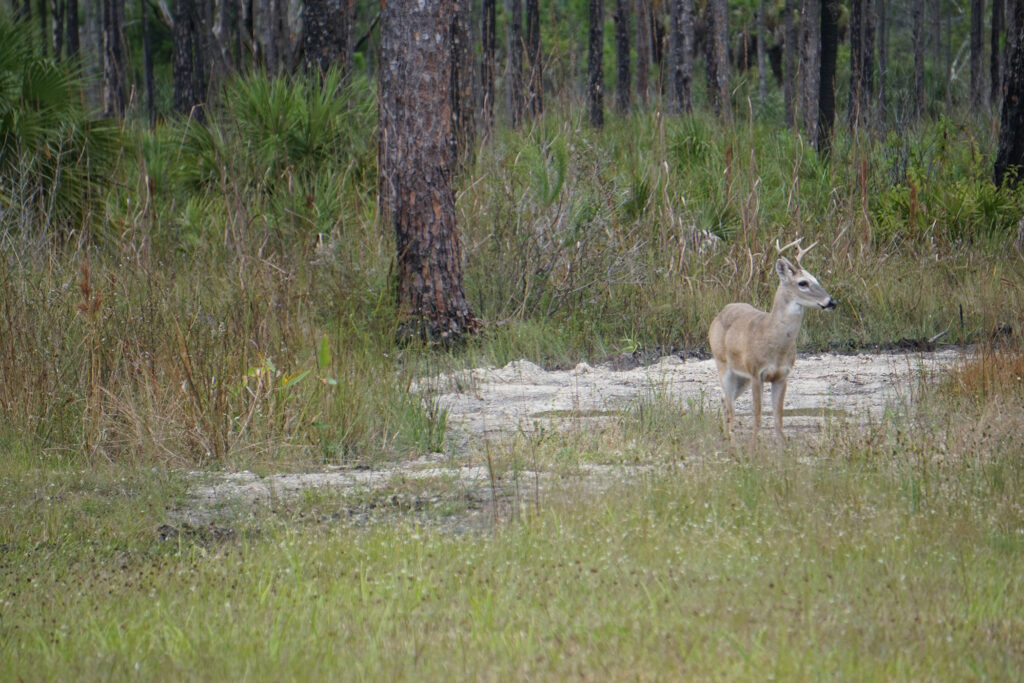 Another deer whose image was captured by wildlife cameras as part of the study. (Photo courtesy of Warnell)

Amid the landscape changes, Florida wildlife officials strive to maintain sustainable deer hunting opportunities. As in other parts of the country, there is a long, culturally important tradition of deer hunting in South Florida, and hunters provide a large amount of the funding for wildlife conservation in the state. Agencies must balance hunting opportunities with other public interests and panther conservation efforts.

“They have restricted hunter harvest quite a bit for the benefit of the deer population and to make sure there’s plenty of prey for panthers. But it’s a balancing act,” said Chandler. “They don’t want to shut down hunting opportunities, but they don’t want harvest to be so high that it suppresses the prey population and keeps the panthers from recovering. … That’s a big challenge, and it’s not easy. Our results emphasize how difficult that will be. Future work is needed to determine if additional habitat management can bolster the deer population for the benefit of panthers and people.”

The study required teams of experts and technicians working year-round in remote areas of Southwest Florida.