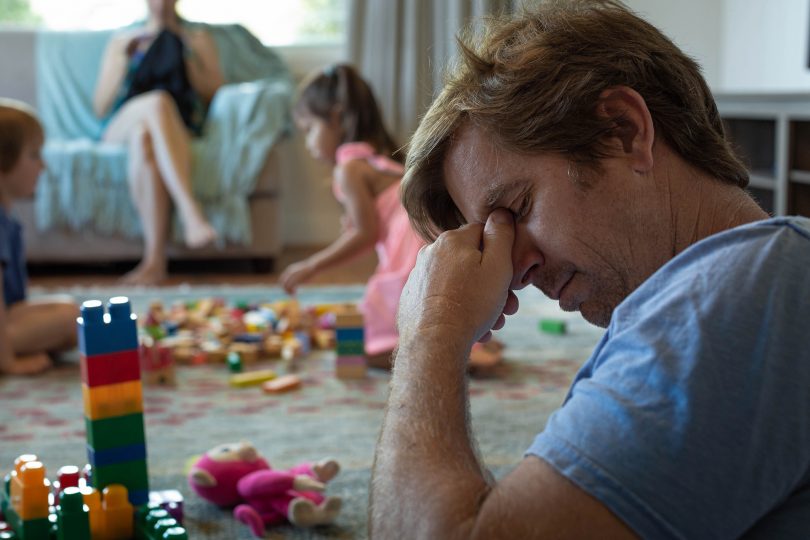 Childhood abuse and trauma are linked to many health issues in adulthood. New research from the University of Georgia suggests that a history of childhood mistreatment could have negative ramifications for the children of people who experienced abuse or neglect in childhood.

Teaching your children how to manage their emotions is an integral part of parenting. For people who experienced childhood abuse, that can become a difficult task. People who were frequently mistreated as children may find it hard to identify their emotions and implement strategies to regulate them. This difficulty, in turn, can harm their kids’ emotional development.

The study, published in the Journal of Psychopathology and Behavioral Assessment, found that parents with a history of childhood abuse or neglect often had difficulty accepting negative emotions, controlling impulsive responses and using emotional regulation strategies, among other emotion regulation issues. Further, many of those parents with emotional regulation difficulties passed that trait down to their children.

“Parents implicitly and explicitly teach their children how to regulate their emotions. I’ve worked with young toddlers, and when you’re teaching them about their emotions, you can see how malleable that skill is,” said Kimberly Osborne, lead author of the study and a doctoral candidate in the Department of Human Development and Family Science. “It’s a lot harder to train someone to manage their emotions later in life. If we can understand the transmission pathways and the risks of regulation difficulties later in life, then we can use this research for prevention and to equip people with better skills so that the pattern doesn’t continue.”

The study focused on 101 youth and their primary caregivers. The parents took a questionnaire to measure childhood neglect, trauma and abuse, along with a survey that gauged their own ability to control their emotions. Researchers measured children’s heart rate variability, an established measure of emotional regulation, at rest and during a stressful activity using an electrocardiogram while their parent watched.

“I think that that speaks to the gendered way our society socializes emotion in boys versus girls,” Osborne said. “We don’t have data to test this, so I’m pulling more from theory and past research, but I think that girls receive more coaching on how to regulate their emotions from teachers, older siblings and peers than boys do. So if boys are not receiving that from their parents, then they may be at greater risk for self-regulation difficulties.”

In particular, parents who reported being unable to set aside negative emotions to pursue their goals—such as getting work done despite being in a bad mood—were more likely to have children who likewise found it difficult to regulate their emotions during stressful experiences.

Although having a history of childhood trauma doesn’t predestine an individual to pass down their experiences to their children, Osborne said it is something to be aware of. Modeling habits like taking a pause before reacting to stressful situations to assess how you’re feeling can go a long way in teaching children how they should respond to challenges.

“From a very young age, the best thing to do is to just reflect back to the child what they are experiencing,” Osborne said. “If you see a child crying, instead of saying, ‘Oh, I’m so sorry. What happened?’ you can say, ‘You’re crying. I can see that you’re sad. What made you sad?’ That A, defines the emotion for them so it’s helping them identify that emotion, and B, it encourages them to reflect on what happened and to tell you in their own words what caused the emotion.

“It’s similar to how if you had a parent with alcoholism, you may have learned to stay away from alcohol and may want to teach your kids to do the same. It’s important to tell them, ‘We have a tendency not to regulate our emotions well, so we are going to keep tabs on it together to make sure that this doesn’t develop into something more harmful for you later.’”