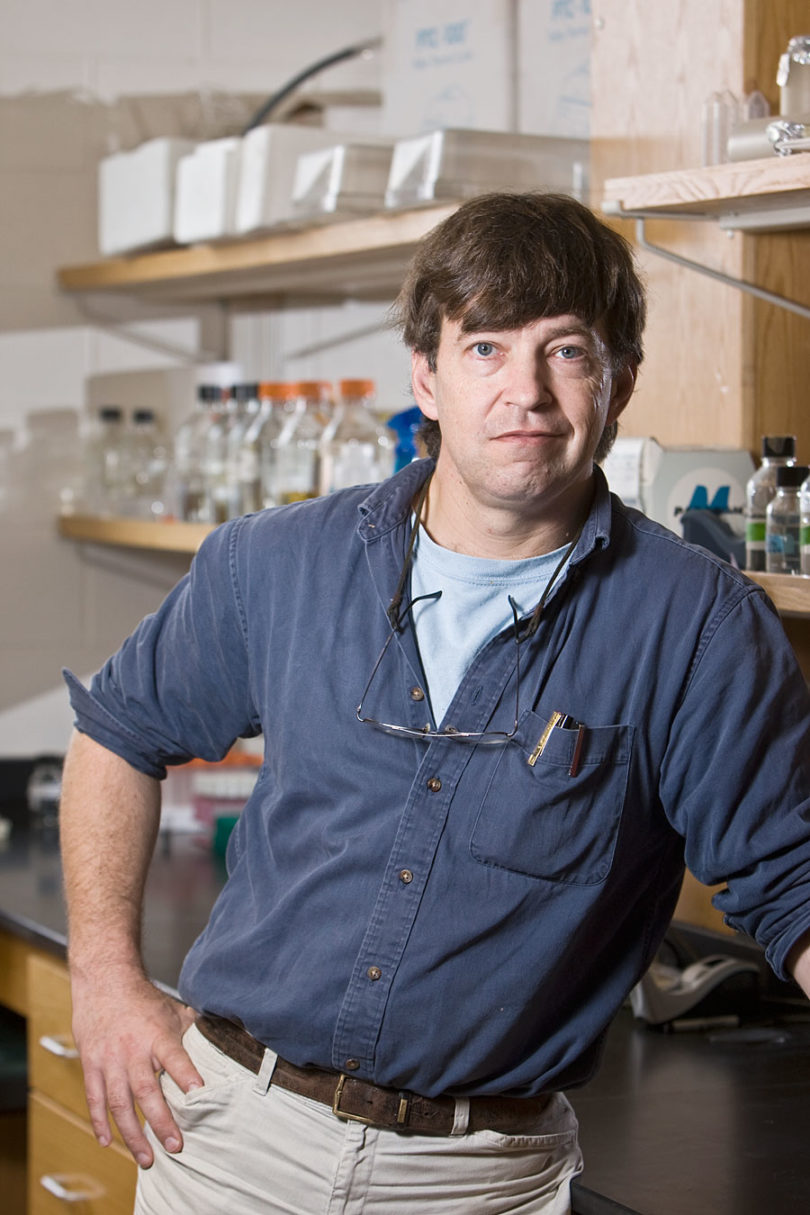 Andrew Paterson, a UGA scientist considered a world leader in the mapping and sequencing of flowering-plant genomes, has been named a Regents Professor, effective July 1.

Paterson came to UGA in 1999 and holds appointments in three departments: crop and soil sciences in the College of Agricultural and Environmental Sciences, and plant biology and genetics, both in the Franklin College of Arts and Sciences. He also heads the Plant Genome Mapping Laboratory, a unit jointly administered by the two colleges, and is a member of UGA’s Institute for Bioinformatics, the Bioenergy Systems Research Institute and the Plant Center.

In a nomination letter, the heads of the three departments describe his work as addressing “fundamental dimensions of a transition to a more bio-based economy, balancing increased food security with expanded bioenergy supplies while mitigating climate-related challenges such as a looming worldwide water crisis.”

“Dr. Paterson’s colleagues at UGA and beyond clearly hold him in the highest regard for his scientific accomplishments and remarkable productivity,” said Provost Jere Morehead, whose office oversees the nomination process for the award. “At the same time, he has trained a large number of postdocs and graduate students and provided inspiration for more than 100 undergraduates who have had the opportunity to contribute to research projects in his laboratory. His total accomplishments make him well deserving of the title of Regents Professor.”

Paterson’s work has yielded greater understanding of flowering plants’ common ancestors and of the evolutionary paths leading to present-day plants. He pioneered molecular mapping methods that have been adopted across the life sciences and has developed broadly applicable techniques for identifying and characterizing genetic variations in natural populations.

Over the course of his academic career, Paterson has received $35 million in grants to support his research and has attracted interest from venture capitalists and biotechnology companies.

Paterson has published his research in highly ranked journals including Nature, Science and Proceedings of the National Academy of Science. Among his many honors, he was named a Fellow of the American Association for the Advancement of Science in 2008 and was one of two Guggenheim Foundation Fellows in plant sciences in 2007. In 2010, he won the inaugural award from the International Cotton Genome Initiative for outstanding contributions to cotton genomics and last year was elected overall chair of the initiative. In 2011, he was one of two winners of the national Distinguished Agriscience Scientist Award, conferred jointly by the Christopher Columbus Fellowship Foundation and the American Farm Bureau.

Recent work in his Plant Genome Mapping Lab has included mapping the genomes of the two progenitors of a large perennial grass, Miscanthus, that shows promise as a source of ethanol and bioenergy. This will allow breeders to build on the plant’s natural strengths -it can grow to more than 12 feet in height in soil of marginal quality-and remove some of its weaknesses, which include a tendency to flower too soon.

Paterson also has received attention for his leadership in the assembly of the first gold-standard sequence of a cotton genome and for the sequencing of the sorghum genome. Sorghum is a drought-tolerant food crop that also is used to make biofuel.

Kenneth Feldmann, a professor in the School of Plant Sciences at the University of Arizona who has worked with Paterson for more than 20 years, terms his scientific accomplishments “original, innovative, substantial and pace setting.

“As I worked with Andy at the beginning of his career, I came to understand that he was going to do great things,” Feldmann said. “He gets so much accomplished because he sees how the current project fits into the big picture.”