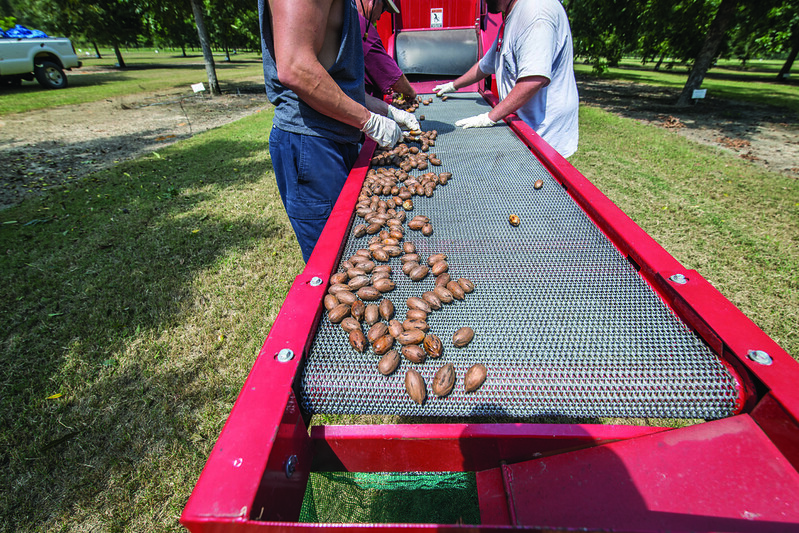 Pecans go through a cleaner on the UGA Tifton campus.

University of Georgia study shows that people who are at risk for cardiovascular disease showed improvements in LDL numbers.

While the proper pronunciation of pecan remains a subject of debate, University of Georgia researchers have shown the tree nut can dramatically improve a person’s cholesterol levels.

Participants at risk for cardiovascular disease who ate pecans during an eight-week intervention showed significant improvements in total cholesterol, triglycerides and low-density lipoprotein (LDL), or “bad” cholesterol, in a study conducted by researchers in the UGA College of Family and Consumer Sciences.

“This dietary intervention, when put in the context of different intervention studies, was extremely successful,” said Jamie Cooper, a professor in the FACS department of nutritional sciences and one of the study’s authors. “We had some people who actually went from having high cholesterol at the start of the study to no longer being in that category after the intervention.”

Researchers saw an average drop of 5% in total cholesterol and between 6% and 9% in LDL among participants who consumed pecans.

For context, researchers referred to a previous meta-analysis of 51 exercise interventions designed to lower cholesterol that reported an average reduction of 1% in total cholesterol and 5% in LDL cholesterol. 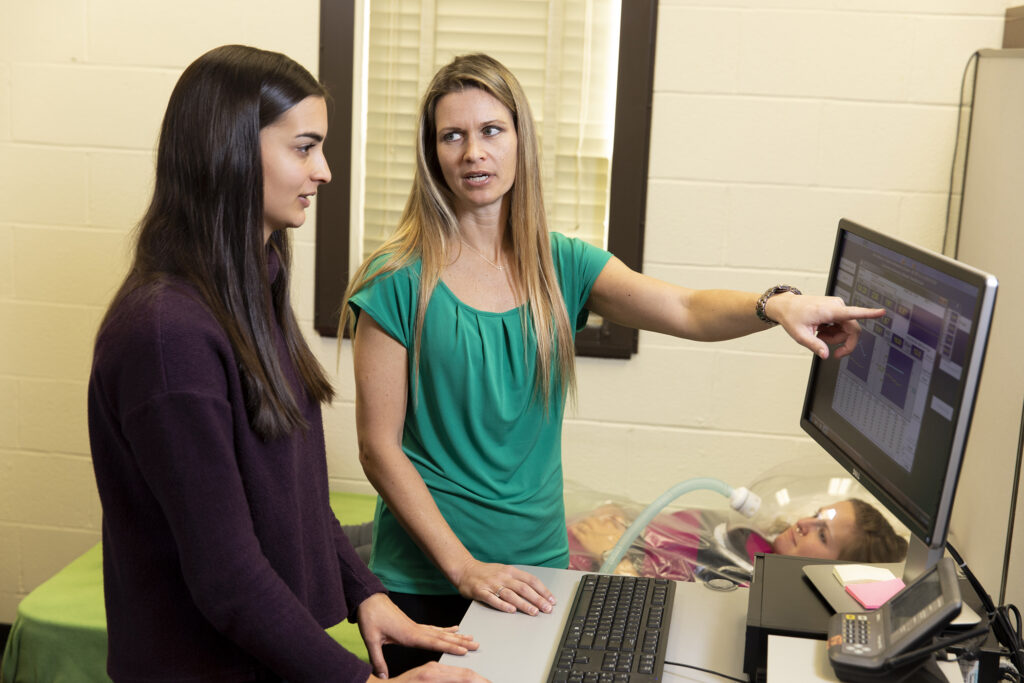 “The addition of pecans to the diet not only produced a greater and more consistent reduction in total cholesterol and LDL compared to many other lifestyle interventions, but may also be a more sustainable approach for long-term health,” Cooper said. “Some research shows that even a 1% reduction in LDL is associated with a small reduction of coronary artery disease risk, so these reductions are definitely clinically meaningful.”

Researchers assigned 52 adults between the ages of 30 and 75 who were at higher risk for cardiovascular disease to one of three groups.

One group consumed 68 grams or about 470 calories of pecans a day as part of their regular diet; a second group substituted pecans for a similar amount of calories from their habitual diet, and a control group did not consume pecans.

At eight weeks, participants consumed a high-fat meal to determine changes in blood lipids and the amount of glucose, or sugar, in the blood.

“Whether people added them or substituted other foods in the diet for them, we still saw improvements and pretty similar responses in total cholesterol and LDL cholesterol in particular,” said Cooper, who also serves as director of the UGA Obesity Initiative.

Researchers pointed to the known bioactive properties of pecans for possible mechanisms driving the improvements.

Pecans are high in healthy fatty acids and fiber, both of which have been linked to lower cholesterol.

The paper, “Pecan-enriched diets alter cholesterol profiles and triglycerides in adults at-risk for cardiovascular disease in a randomized, controlled trial,” appeared in The Journal of Nutrition and can be viewed here: https://academic.oup.com/jn/advance-article/doi/10.1093/jn/nxab248/6349277

Liana Guarneiri, a doctoral student in the FACS department of nutritional sciences, is first author. Chad Paton, associate professor in FACS who has a joint appointment with the College of Agricultural and Environmental Sciences, also is an author.