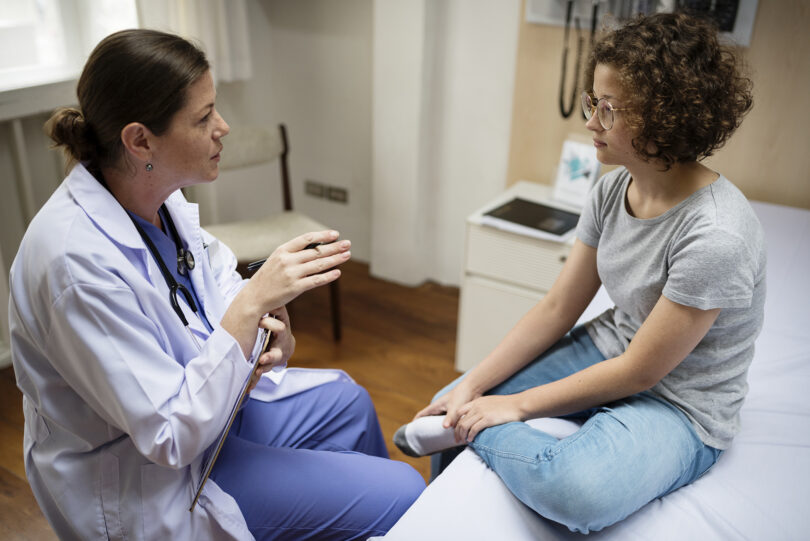 New research from the University of Georgia found a significant decline in attending adult health care appointments after a patient transfers to adult care, even if they attend their first appointment within the first year. (Getty Images)

Young adults who received organ transplants as children may not be regularly attending their doctor appointments after leaving their pediatric providers. Missing these appointments is associated with longer and more frequent hospitalizations and poorer medication adherence, according to a new study.

Researchers at the University of Georgia found a significant decline in attending adult health care appointments after a patient transfers to adult care, even if they attend their first appointment within the first year. More than one out of every four patients in the study attended on average less than one appointment per year during the three-year study period, with some attending no follow-up appointments at all.

Those patients were hospitalized more frequently and had longer hospital stays than those who stayed engaged in their adult health care appointments. They also suffered significantly higher rates of organ rejections and transplant reevaluations, as well as poorer medication adherence.

“The transition from pediatric to adult care when young adults take on more responsibility for their own care and are likely transferring facilities and health care providers is a really vulnerable period,” said Kelly Rea, lead author of the study and a doctoral candidate in the Franklin College of Arts and Sciences Department of Psychology. “Organ transplantation is a lifesaving procedure for children with end-stage organ failure. But it’s also a lifelong condition that they have to manage by adhering to medications and keeping up with their follow-up appointments.”

The transition to adult health care is complicated enough for most young adults, even when they don’t have a medical condition. Many fall through the cracks, particularly when they have more independence, less parental involvement in their care and are booted off their parents’ insurance, for example.

But for organ transplant recipients, that can be a potentially deadly lapse of medical care.

“This period of adolescence and young adulthood has some of the highest rates of nonadherence to the medication that keeps those transplanted organs functioning, organ rejection and mortality,” Rea said. “This is literally life or death, and that’s all the more reason to find what we can do to support that transition.”

Previous research has suggested that attending the first adult appointment within six to 12 months of a patient’s last pediatric appointment indicates a successful transition to adult care. But this study found retention over the first three years post-transition was significantly related to a greater number of improved clinical outcomes.

“It’s not enough just to get them through the door,” Rea said. “You have to continue to support them along those first few years.”

The researchers also found a significant decline in the number of appointments over the duration of the study.

“We have to determine how we can assess barriers for that,” Rea said. “If you’re not coming to the regular, preventive appointments, things can kind of snowball. Patients may think, ‘I’m going to push off that appointment,’ but that could be the appointment where we might have been able to catch issues earlier.”

By then, the issue may require emergency care. In some cases, such as when patients stop taking their medications as prescribed, it can even lead to organ rejection or organ loss.

A model for transitioning to adult health care

The transplant center at the Emory School of Medicine, where several co-authors of the paper work, provides a good model for ensuring continuity of care, Rea said.

The center partners with Children’s Healthcare of Atlanta to ease young adult transplant recipients into the adult health care system.

Children’s Healthcare of Atlanta’s adolescent clinic and their partnership with Emory’s young adult clinic prepares teens and families for the transition by making sure patients know where they’re going and who their new provider will be, for starters.

“Having a consistent care team that is introduced to you before you go, having a name to go with a face, helps with that anxiety and also provides some accountability,” Rea said. “In some of these pediatric clinics, the patients are meeting with their medical providers really frequently. There can be appointments every three to four months. This young adult clinic provides a stair step down so it doesn’t just drop off to one appointment a year.”

These clinics also follow up with patients and connect them with mental health and financial support and resources to help prevent gaps in insurance or medication coverage.

The paper was co-authored by Grace Cushman, a graduate from the Department of Psychology; Lauren Quast, a graduate student in the department; and Ronald Blount, a professor in the department. Additional co-authors from other institutions include Roshan George, from Emory University’s Department of Pediatrics, and Arpita Basu, Ryan Ford and Wendy Book, from the Emory Transplant Center.