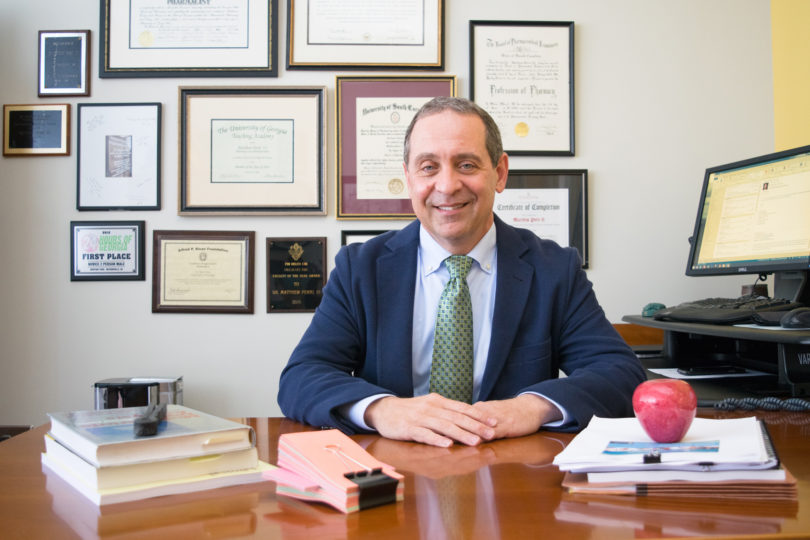 Matthew Perri is a professor of clinical and administrative pharmacy at the University of Georgia.

Athens, Ga. – Advertising tactics, like using celebrities or coupons to promote a product, can influence consumers’ purchasing habits. But when the product is a prescription drug, an ad’s effectiveness can have significant health implications.

Matthew Perri, a professor of clinical and administrative pharmacy in the University of Georgia’s College of Pharmacy, researches the impact of advertising prescription drugs directly to consumers. His latest study, conducted with two former graduate students and UGA alumni Nilesh Bhutada and Brent Rollins, was recently published in the journal Health Communication and examines consumer perceptions toward the use of animated spokes-characters, such as cartoons.

Cartoons, said Perri, have the potential “to capture one’s attention much quicker, drawing you in to spend time reading the ad, so we were trying to figure out if using cartoon figures could change how people perceive the ad in either a positive or negative way.”

Study participants were randomly assigned to review one of the two ads before responding to a questionnaire. Data were collected for 502 adults who had been diagnosed with high cholesterol or purchased cholesterol-lowering medication in the past. Following data collection, the researchers further divided individuals into “high” or “low” disease state categories based on the severity of their condition.

The study found that respondents in both groups liked the human spokes-characters significantly better than the cartoon, which suggests that animated spokes-characters may be ineffective in relaying messages about prescription drugs.

However, regardless of which version of the ad individuals viewed, the study confirmed previous advertising research: Individuals with a higher level of involvement with an issue-in this case a higher level of disease-processed the ad’s information more thoroughly and formed more positive perceptions toward the ad and the company in the ad, thus increasing the likelihood they would ask their physician about the drug.

“People who are more involved by virtue of having a disease generally pay more attention and are generally better equipped to understand the information in prescription drug advertising,” Perri said, adding that patient education and empowerment are potential positive effects of drug advertising.

“Some individuals may not even be aware of a disease like high cholesterol-it’s silent,” he said. “So patients watch the TV and see an ad for cholesterol medicine and this makes them aware, which can then prompt them to go to the doctor and get a cholesterol check.”