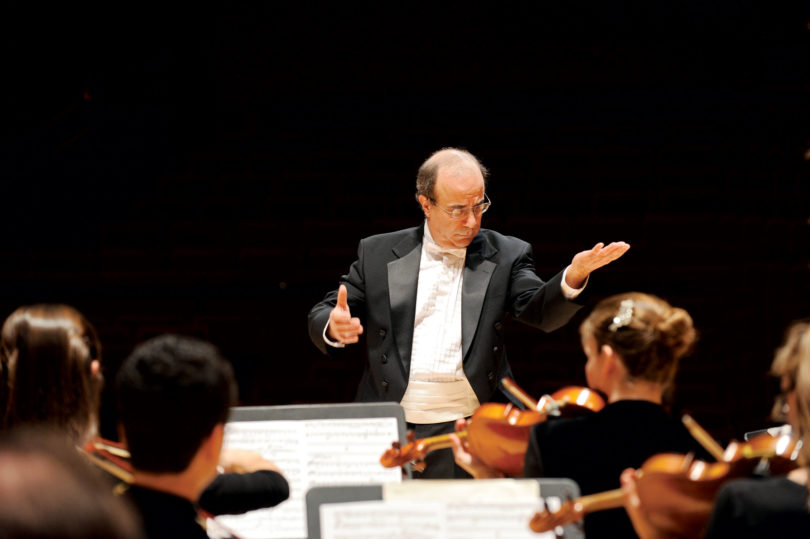 Spano is currently in his 12th season as music director of the Atlanta Symphony Orchestra. He is recognized internationally as one of the most imaginative conductors today, and in 2008, he was named Conductor of the Year by Musical America.

Spano has produced 19 recordings with the Atlanta Symphony, six of which have won Grammy Awards. In 2010, he began a three-year tenure as Emory University’s Distinguished Artist-in-Residence, an honor the university has only bestowed on seven other individuals, including the Dalai Lama and President Jimmy Carter.

A native of Helsinki, Finland, Mustonen is also a well-respected conductor and composer. He founded the Helsinki Festival Orchestra and is the Artist-in-Residence at the Helsinki Philharmonic Orchestra. As a pianist, he boasts an extensive, award-winning discography. His release of “Preludes by Shostakovich and Alkan” received the Edison Award and Gramophone Award for Best Instrumental Recording.

Nancy Riley, a graduate teaching assistant in music at UGA, will give a pre-concert lecture at 2:15 p.m. The lecture is free and open to the public.