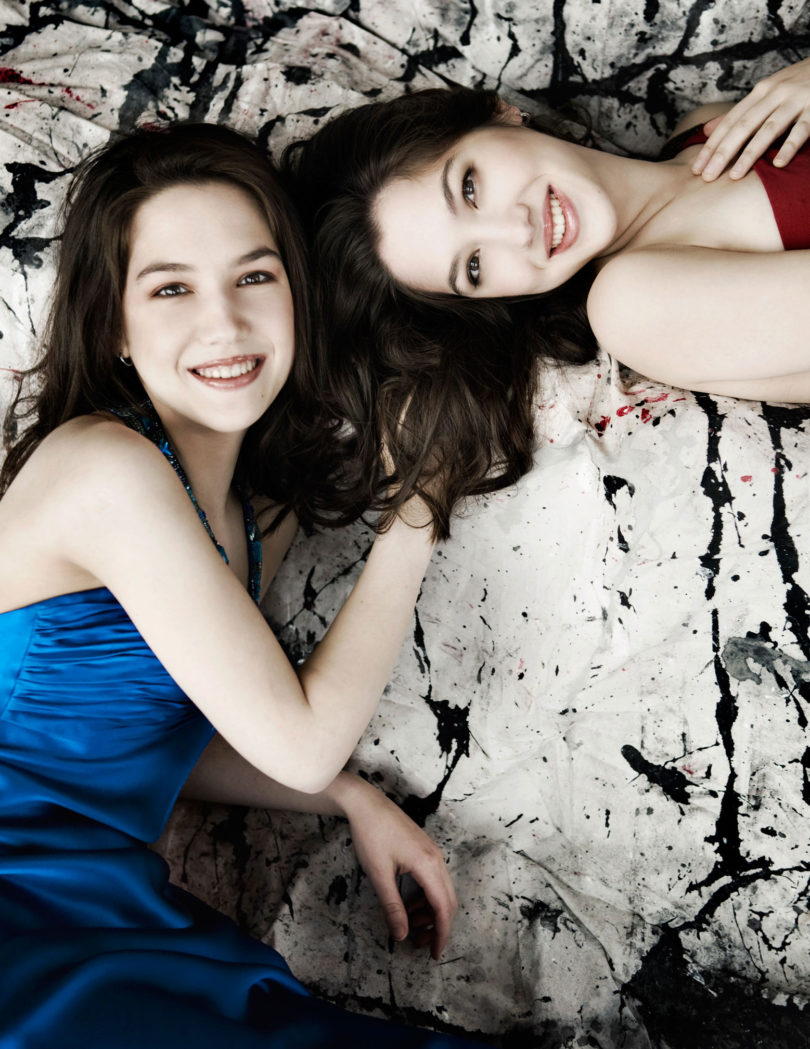 Athens, Ga. – The UGA Performing Arts Center will present the internationally acclaimed piano duo Christina and Michelle Naughton on March 6 at 8 p.m. in Ramsey Concert Hall. The twin sisters have been hailed by the San Francisco Examiner for their “…stellar musicianship, technical mastery and awe-inspiring artistry.”

The Naughtons began piano studies at the age of four. During the 2008-2009 season, they made debuts at the Kennedy Center’s Terrace Theatre with the New Jersey Symphony and the Mann Center for the Performing Arts with the Philadelphia Orchestra. The Philadelphia Inquirer praised the duo as “…paired to perfection.”

The Naughtons made their European debut in 2010 at Herkulesaal in Munich, where the Sueddeutsche Zeitung proclaimed them “…an outstanding piano duo.” Later that year, they made their Asian debut with the Hong Kong Philharmonic, where the Sing Tao Daily stated “Joining two hearts and four hands at two grand pianos, the Naughton sisters created an electrifying and moving musical performance. They played like two people singing to each other, creating a duet entrancing in a way that no single piano performance could achieve.”

The Naughtons are graduates of the Curtis Institute of Music, where they were each awarded the Festorazzi Prize. They currently reside in New York City.

The Naughtons’ Athens program will include works by Mendelssohn, Schubert, Brahms, Bolcom, Mozart and Ravel. The recital will be recorded for broadcast on American Public Media’s Performance Today, heard by more than 1.3 million listeners across the country.

Tickets for the Naughton recital are $25 and are free for UGA students with valid UGA ID card. Tickets can be purchased online at pac.uga.edu or by calling the Performing Arts Center box office at 706/542-4400 or toll free at 888/289-8497.

The UGA Performing Arts Center also is sponsoring a Young People’s Concert with the Naughtons on March 5. Local elementary school students have been invited to attend an educational concert in Hodgson Concert Hall.