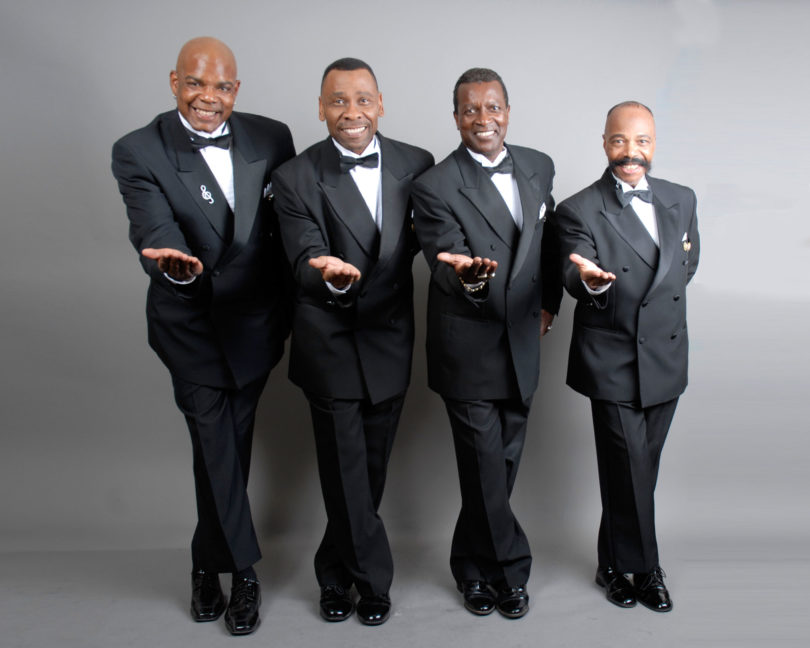 Athens, Ga. – Three of the most popular vocal groups in music history will perform on stage at the University of Georgia Hodgson Hall when the UGA Performing Arts Center presents the Coasters, Drifters and Platters Feb. 17 at 8 p.m. The concert will showcase a non-stop hit parade of classic songs from the 1950s and 60s, including “Love Potion No. 9,” “Save the Last Dance for Me,” “This Magic Moment,” “Smoke Gets in Your Eyes” and “Under the Boardwalk.”

The Coasters started as a Los Angeles doo-wop group in 1955 and recorded a string of hits such as “Yakety Yak,” “Charlie Brown” and “Poison Ivy.” In 1987, the Coasters became the first vocal group to be inducted into the Rock and Roll Hall of Fame. Today, the group tours as Cornell Gunter’s Coasters, honoring the man who sang with the group from 1958 to 1961.

The Drifters reached the peak of their popularity between 1953 and 1963 with chart-toppers that included “Up on the Roof,” “Some Kind of Wonderful,” “There Goes My Baby” and “On Broadway.” The Drifters were inducted into the Rock and Roll Hall of Fame in 1988 and into the Vocal Group Hall of Fame in 1998. In 2004, Rolling Stone Magazine ranked the Drifters at No. 81 on the list of the 100 Greatest Artists of All Time. Bobby Hendricks, who started with the Drifters in 1957, continues to lead the group.

The Platters were formed in 1953 and became one of the most successful vocal groups in the early rock and roll era. The group’s string of No. 1 hits included “Only You,” “The Great Pretender,” “My Prayer,” “Twilight Time” and “Smoke Gets in Your Eyes.” The Platters were the first rock and roll group to have a Top Ten album in the U.S., and in 1990, they were inducted into the Rock and Roll Hall of Fame.

Tickets for the Coasters, Drifters and Platters are $20 to $49 with special discounts for UGA students. Tickets can be purchased online at pac.uga.edu or by calling the Performing Arts Center box office at 706/542-4400 or toll free at 888/289-8497.

Note to editors: For images of the performers, see: