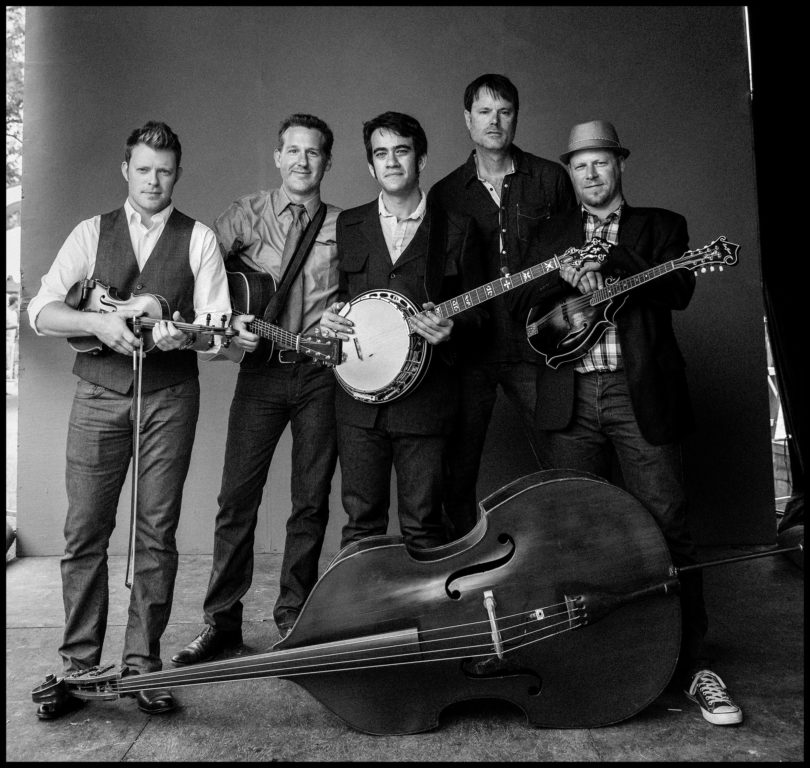 The UGA Performing Arts Center will present Pikelny, Sutton, Bulla, Bales and Cobb in an evening of original and classic bluegrass Oct. 28 at

Tickets for Pikelny, Sutton, Bulla, Bales and Cobb are $35-$40 with special discounts for UGA students. They can be purchased online at pac.uga.edu or by calling 706-542-4400.

With each member being a frontman in his own right, these friends are gathering in concert to share with audiences a musical experience that customarily only happens behind closed doors, whether backstage at a festival or at a Nashville picking party.

Pikelny has been hailed by the Chicago Tribune as the “pros’ top banjo picker.” He is a founding member of Punch Brothers, and in 2010 he was awarded the inaugural Steve Martin Prize for Excellence in Banjo and Bluegrass.

Pikelny recently was nominated for a Grammy Award for his latest solo work, “Beat the Devil and Carry a Rail.”

Guitarist Sutton entered the bluegrass world in 1995 as a member of Ricky Skaggs’ Kentucky Thunder band, playing on two Grammy-winning albums. Sutton is a six-time recipient of the International Bluegrass Music Association’s Guitarist of the Year, and he received a Grammy in 2007 for best country instrumental performance for his duet recording with Doc Watson.

Bulla has garnered seven wins at the National Oldtime Fiddlers Contest, where he set a record as the youngest person to make the top 10 at the Grand Masters.

Mandolin player Cobb has toured extensively in the U.S. and Europe as a member of The Infamous Stringdusters, and his numerous accolades include a 2011 Grammy nomination. He also performs as The Cobb Brothers Duo with Shad Cobb.