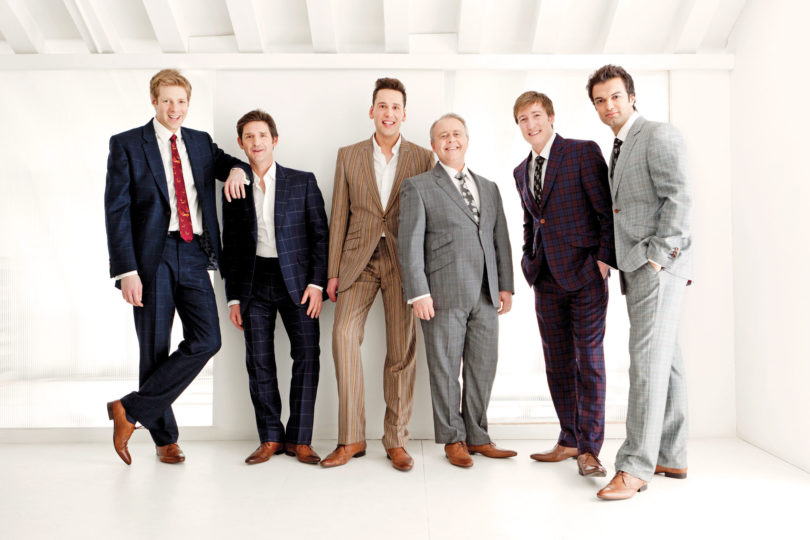 Athens, Ga. – The University of Georgia Performing Arts Center will present The King’s Singers on Feb. 11 at 8 p.m. in Hodgson Concert Hall. The Grammy-winning British a cappella ensemble has been performing for over 40 years.

The King’s Singers have appeared in some of the world’s most famous concert halls, including the Sydney Opera House, Carnegie Hall and the Berlin Philharmonie. Their touring schedule for the current 2012-2013 season takes them to Australia, New Zealand, France, Germany, the United States, Canada, Bulgaria, Hungary, Italy, the United Arab Emirates, Switzerland and Finland.

The King’s Singers have a discography of over 150 recordings. In addition to earning audience and critical acclaim around the globe, the ensemble has been honored with two Grammy Awards, winning in 2009 for Best Crossover Album and in 2012 for Best Choral Performance.

Equally adept at classical and contemporary repertoire, The King’s Singers’ programs can seamlessly incorporate music from Bach or the Beatles. “They make splendid use of vocal arrangements to tap into current cultural idiom,” The New York Times commented. “Fusing forms, timbres and styles, they turn education and entertainment into art and back again.”

Theresa Chafin, a doctoral student in musicology at UGA, will give a pre-concert lecture at 7:15 p.m. The lecture is free and open to the public.