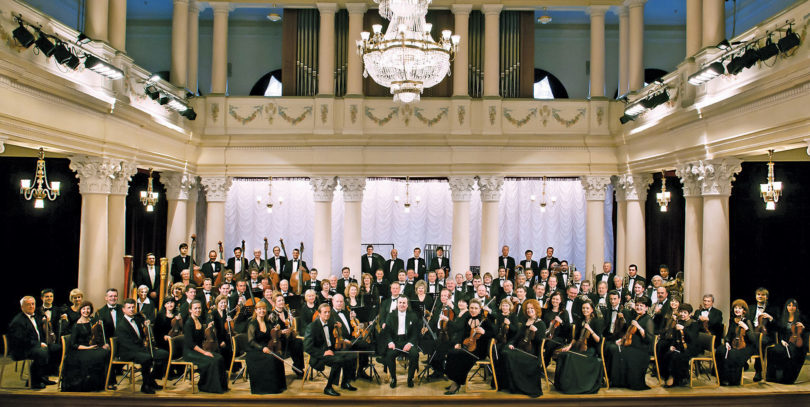 The National Symphony Orchestra of Ukraine will perform Feb. 1 at 8 p.m. in Hodgson Concert Hall.

The UGA Performing Arts Center will present the National Symphony Orchestra of Ukraine Feb. 1 at 8 p.m. in Hodgson Concert Hall. The program will include Dvorak’s Carnival Overture, Prokofiev’s Piano Concerto No. 3 and Shostakovich’s Symphony No. 5.

Founded in 1918, the National Symphony Orchestra of Ukraine is considered to be one of the finest symphony orchestras in Eastern Europe. Over its long history, the NSOU has premiered the works of renowned composers such as Sergei Prokofiev, Dmitri Shostakovich and Aram Khatchaturian.

After a performance in Moscow, Shostakovich said, “This orchestra has as distinguished a group of performers as one would be likely to find anywhere. The ensemble of the orchestra is of the highest level. In addition, the various soloists and instrumental groups within the orchestra play exceptionally and complement each other beautifully-as would the greatest of the world’s symphony orchestras.”

The NSOU has released more than 100 recordings, winning international honors that include Grammy Award nominations in 2005 and 2009.

The orchestra’s Athens concert will be conducted by artistic director Volodymyr Sirenko, a 1997 Honored Artist of Ukraine and 2003 Honored Artist of the Russian Federation. Award-winning pianist Alexei Grynyuk will join the orchestra as special guest for the Prokofiev Piano Concerto.

Tickets for the concert are $31-$52 and can be purchased at the Performing Arts Center, online at pac.uga.edu or by calling the box office at 706-542-4400. UGA students can purchase tickets for $6 with a valid UGA ID, limit one ticket per student.

A pre-concert lecture will be given at 7:15 p.m. in Ramsey Concert Hall of the Performing Arts Center.