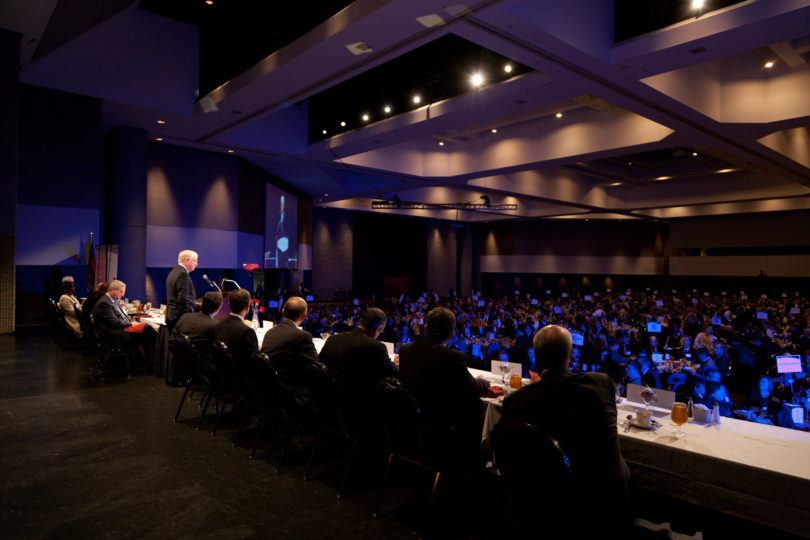 The Arch Foundation for the University of Georgia has established a scholarship fund to help students study in other countries and has named the fund in honor of UGA President Michael F. Adams and his wife Mary, both strong proponents of international education.

The foundation created the fund in recognition of the 10-year anniversary of the Adams’ arrival to UGA.

Arch Foundation Chairman Norman Fletcher said the $100,000 endowed fund will enable more students to participate in study-abroad programs and “will stand as a permanent tribute to Mike and Mary’s vision, and their commitment to the importance of an international experience as a vital part of our students’ education.”

That goal was reached several years ago and now almost 30 percent of undergraduates study and travel in other countries. UGA offers 100 study-abroad programs in more than 60 countries and has permanent study-abroad facilities in Italy, France, England and Costa Rica. UGA ranks ninth among the top 20 research universities in the country in the number of students studying abroad. Fletcher noted that Mary Adams shares her husband’s enthusiasm for international education and also has worked to help expand and improve the study-abroad program.