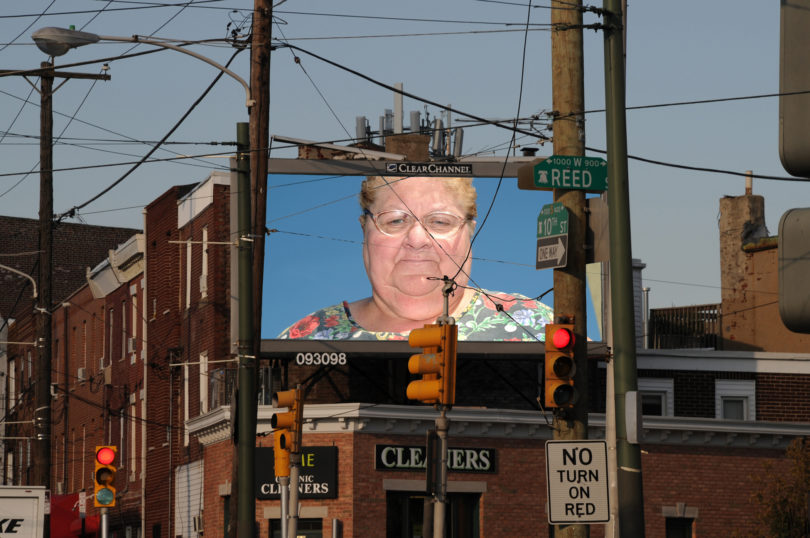 The Visiting Artists and Scholars Lecture Series in the Lamar Dodd School of Art kicks off with the 2014 Dodd Professorial Chair lecture by Zoe Strauss Sept. 2 at 5:30 p.m. The lecture is open free to the public.

Strauss is a Philadelphia-based photographer born in 1970. Between 2001 and 2011, Strauss’ photographic work culminated in a yearly Under I-95 show, which took place beneath the interstate in south Philadelphia. She displayed her photographs on concrete pillars under the highway and sold them for $5 each. Strauss received a Seedling Award from the Leeway Foundation in 2002, a Pew Fellowship in 2005, and in 2006, her work was included in the Whitney Biennial. Her book America was published in 2008 by AMMO Books. Strauss will spend the academic year at UGA as the holder of the Lamar Dodd Professorial Chair.

The lecture series continues throughout the academic year. Each lecture will take place at 5:30 p.m. in Room S151 of the art school unless otherwise noted. The remainder of the series will include lectures by:

• Ry Rocklen, a contemporary artist based in Los Angeles who works primarily in sculpture, Sept. 9.

• Katherine Schwab, art historian, will deliver the Shouky Shaheen Lecture on the Parthenon Oct. 2 at 5:30 p.m. in the M. Smith Griffith Auditorium of the Georgia Museum of Art. Schwab is art history program director at Fairfield University. Her areas of expertise and interest encompass Greek and Roman art and archaeology as well as South Asian and Asian art.

• Janice Kerbel, a London-based Canadian artist, Nov. 4. Kerbel’s projects have taken many forms, ranging from a manual for robbing a branch of a London bank for Bank Job in 1999 to Deadstar (2006), a detailed map of an invented “ghost town.”

• Carol Armstrong, a faculty member in the art history department at Yale University, Jan. 29. Armstrong teaches and writes about 19th- century French painting, the history of photography, the history and practice of art criticism, feminist theory and the representation of women and gender in art and visual culture.

• Keith Wilson, a California-based painter whose work is dedicated to architecture that is “no longer conceived or constructed,” March 24. Wilson’s work also represents his continuous study of architectural form and the history of the place of buildings in paintings.

• John Hatfield, executive director at The Aldrich Contemporary Art Museum, April 14. A resident of New York City for the past 23 years, Hatfield was assistant vice president for memorial, cultural and civic programs at the Lower Manhattan Development Corp. from 2002 to 2003, working on the 9/11 memorial design competition and selection process. Additionally, he has held positions at the World Financial Center and Arts and Events Program, been a consultant on public art projects and architecture, worked for a commercial art gallery and been a visiting critic at Yale School of
Architecture.

More information on the Visiting Artist and Scholars Lecture Series is at art.uga.edu.