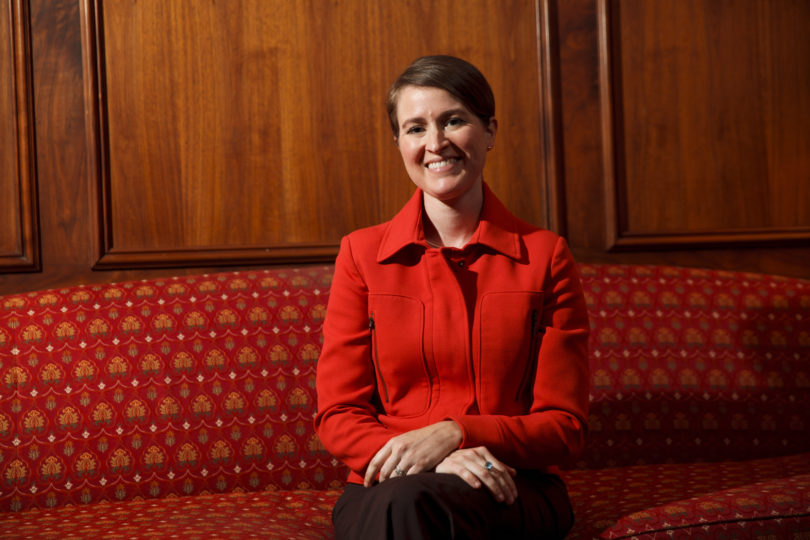 Her Chevy randomly shut off in the middle of the highway a little before 8 p.m., and she crashed into a creek in Atlanta. A couple hours later, her parents were notified by the hospital that she couldn’t be saved.

It’s a startling opening for a book titled “Mass Tort Deals: Backroom Bargaining in Multidistrict Litigation.” But for Elizabeth Chamblee Burch, the Fuller E. Callaway Chair of Law at the University of Georgia, putting faces to the massive lawsuits frequently blasted across papers and other news media is what makes the information accessible.

Melton’s parents ultimately became the first of many litigants against General Motors that alleged the company’s cars were abruptly shutting off while owners were driving. When federal courts saw how many plaintiffs were coming forward, the lawsuits were pooled together into what’s known as a mass tort lawsuit. Theoretically, doing so enables plaintiffs like Melton’s parents to pool resources.

But Burch was skeptical. She wondered how plaintiffs actually fared in these suits. So, she started looking through the GM case, along with many others.

Mass tort lawsuits often get confused with class-action suits. Both are coordinated lawsuits, but mass torts consist of individuals who must prove they personally were harmed by the defendant. The people involved in class-action suits are often treated as one collective plaintiff, represented by one of the litigants.

“Once I started reading and looking at all those court transcripts, I became concerned that the plaintiffs may not have a voice in the way the proceedings work and that their lawyers may not be faithfully representing them all the time,” Burch said. She spotted the red flags immediately: provisions in the settlements that benefited the corporations that were being sued, the same names popping up as plaintiffs’ representation over and over again, plaintiff attorneys essentially negotiating raises for themselves with the opposing counsel.

“It’s not to say that repeat lawyers in these types of cases are necessarily bad, but when they’re able to operate in a context that doesn’t really have any oversight, they tend to make deals with one another that benefit themselves, potentially at the expense of the people they represent.”

In sum, Burch found reason to worry. Although private settlements typically did not reveal what plaintiffs received, some that did showed that plaintiffs made out with a relatively paltry settlement—if they received any compensation at all—while their lawyers were pocketing up to triple the amount in fees.

In the case filed against Johnson & Johnson for the acid-reflux medication Propulsid, for instance, only 37 of more than 6,000 plaintiffs received any money from the settlement, totaling $6.5 million collectively.

“The lead lawyers negotiated a settlement where all the plaintiffs had to enter into the settlement program without knowing what they were going to get, which is very typical,” said Burch. To do that, they had to give up their lawsuits.

The total fund set aside by Johnson & Johnson for the cases was over $80 million. The lead lawyers nabbed $27 million by negotiating with the company’s representation and agreeing that leftover fund money would go back to Johnson & Johnson.

Through her research, Burch found that most of the multidistrict lawsuits—ones against the makers of Yaz birth control, pelvic mesh and Vioxx, among others—had similar settlement terms.

For Burch, that’s an issue.

“I don’t think there’s any kind of magic bullet or a one-size-fits-all solution to this problem,” she said. “But there are some relatively straightforward remedies that judges can start implementing immediately.”

For example, tie lead lawyers’ payouts to the actual payout the plaintiffs receive. Give plaintiffs a hearing in front of the presiding judge to air any grievances about their representation. Shake up how judges choose lead lawyers. Let plaintiffs out of the multidistrict proceedings if they want to take their case to trial instead of forcing them to settle with everyone else.

In “Mass Tort Deals,” Burch sheds light on some of the country’s biggest legal cases in the past two decades and provides new empirical data on some of the most well-known proceedings and the lawyers that lead them.