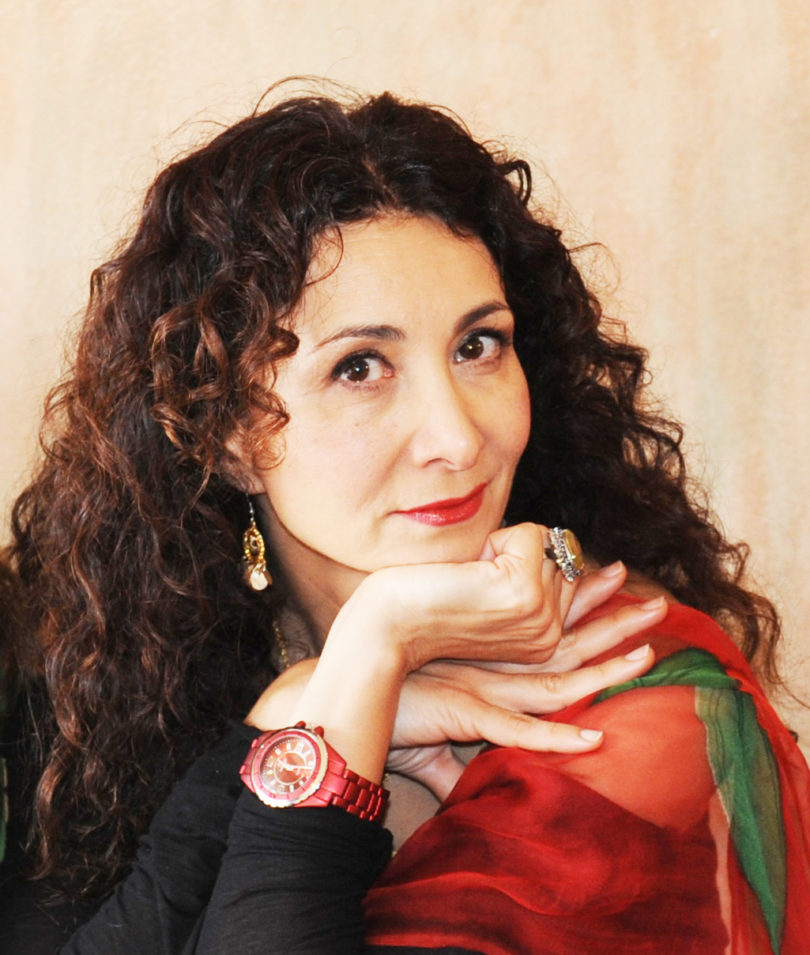 Athens, Ga. – The Georgia Review at the University of Georgia will host a Georgia Poetry Circuit reading by internationally acclaimed poet, translator and editor Sholeh Wolpé Nov. 7 at 7 p.m. at the Lyndon House Arts Center. The event is part of UGA’s Third Annual Spotlight on the Arts festival.

Fiction writer and UGA doctoral student Gabrielle Lucille Fuentes will serve as the event’s opener. The reading is free and open to the public.

Wolpé was born in Iran and spent her teen years in Trinidad and the U.K. before settling in the U.S. She is the recipient of a 2013 Midwest Book Award and the 2010 Lois Roth Persian Translation Prize. Her eight books include her most recent collection, “Keeping Time with Blue Hyacinths,” and two anthologies, “The Forbidden: Poems from Iran and its Exiles” and “Breaking the Jaws of Silence-Sixty American Poets Speak to the World.”

The Poetry Foundation said, “Wolpé’s concise, unflinching, and often wry free verse explores violence, culture, and gender. So many of [her] poems deal with the violent situation in the Middle East, yet she is ready to both bravely and playfully refuse to let death be too proud.”

Fuentes’ work has appeared or is forthcoming in One Story, Pank, the Collagist, Tweed’s, NANO Fiction, Western Humanities Review, SpringGun and elsewhere. She holds a bachelor’s from Brown University and a master’s from the University of Colorado, Boulder. She is currently a doctoral candidate in English and creative writing at UGA and is at work on her second novel.

Presented by the UGA Arts Council, the third annual Spotlight on the Arts features more than 60 events in the visual, literary and performing arts. The nine-day festival, scheduled for Nov. 6-14, includes museum tours, discussions with writers and concerts, including a free outdoor concert on College Square. Highlights include a University Theatre production of “The Great Gatsby,” a UGA Opera Theatre performance of “Hansel and Gretel,” a guest performance by Grammy Award-winning soprano Kathleen Battle as well as events featuring acclaimed playwright Alfred Uhry, who will be inducted into the Georgia Writer’s Hall of Fame. For the complete schedule, see www.arts.uga.edu, and follow the Arts at UGA on Facebook or Twitter.

A sample of Wolpé’s work is provided below.

Prisoner in a Hole
By Sholeh Wolpé

Barely twenty-five, he smells
of yesterday’s spit and vomit,
black beard droops in clumps
from his drawn, sun-savaged face.

Hanging from a string
around his neck: a small holy book.

This man was once a child
held against the breast of a mother
who kissed his small meaty hands
that smelled of milk and tears.

-From “The Scar Saloon.” Copyright © 2004 by Sholeh Wolpé. Reprinted by permission of Red Hen Press.