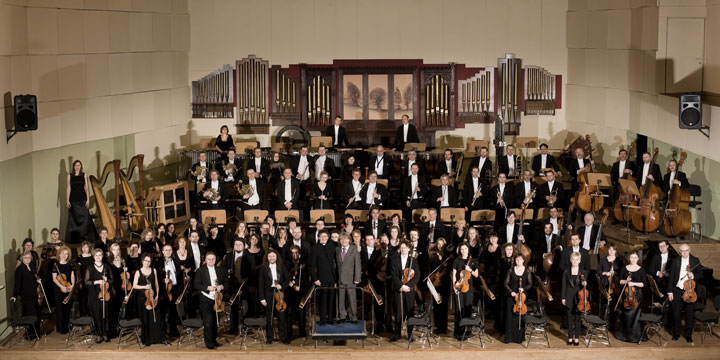 Poland’s Wroclaw Philharmonic Orchestra will give a concert Feb. 16 at 8 p.m. in Hodgson Concert Hall of the Performing Arts Center. Tickets are $20-$49.

The Wroclaw Philharmonic Orchestra, one of Poland’s leading symphony orchestras, will give a concert Feb. 16 at 8 p.m. in Hodgson Concert Hall of the Performing Arts Center. Tickets are $20-$49.

Artistic director Jacek Kaspszyk will conduct the orchestra in a program featuring both the Symphony No. 7 and the Cello Concerto by Antonin Dvorák.

Since its 1954 founding, the Wroclaw Philharmonic has drawn on the rich traditions of its home city, which has played host to such great artists as Richard Wagner, Gustav Mahler and Johannes Brahms.

The orchestra has given performances in renowned concert halls throughout the world, including Alice Tully Hall at Lincoln Center, Musikverein in Vienna, International Arts Centre in Antwerp, Tonhalle in Zurick, Festspielhaus in Salzburg, Philharmonie in Cologne and Concertgebouw in Amsterdam. The orchestra also performed a concert in New York’s St. Patrick’s Cathedral in memory of Pope John Paul II.

The Wroclaw Philharmonic’s recording of Lutoslawski’s Symphonies No. 2 and 4 under Kaspszyk received the 2011 Fryderyk Award (Poland’s Grammy) for classical album of the year.

Kaspszyk has been the artistic director of the Wroclaw Philharmonic Orchestra since 2006 and was appointed music director of the Polish National Radio Symphony Orchestra in 2009.  In addition to recording awards, he was recently nominated for the prestigious Elgar Medal, in recognition of his many fine performances of Elgar’s works over the years, joining distinguished colleagues such as Vladimir Ashkenazy, Andrew Litton and Leonard Slatkin.

Nancy Riley, a doctoral candidate in musicology at UGA, will give a pre-concert lecture at 7:15 p.m. The lecture is free and open to the
public.

Tickets are available from the Performing Arts Center box office at www.uga.edu/pac or 706-542-4400.