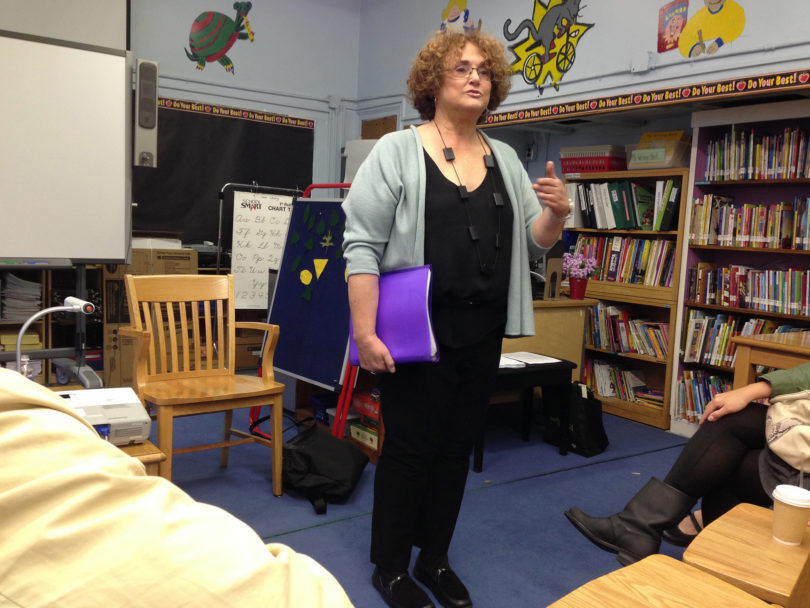 Athens, Ga. – When alumni of the revered Presidential Scholars program gather next week for the organization’s first-ever awards, the event will also honor a lifetime of work by a University of Georgia graduate.

Now in its 53rd year, the Presidential Scholars program honors up to 161 graduating high school seniors from every state and U.S. territory who have distinguished themselves academically in the arts and/or in career and technical education fields. Each year, the Scholars meet in Washington, D.C., to receive medallions, meet with leaders and attend a performance of their peers. Presidential Scholars alumni represent a virtual “who’s who” of accomplished professionals across all fields.

Kaufmann is the first to receive the award in her name because she helps tie them all together, said John Knox, a UGA professor of geography and chair of the Presidential Scholars Alumni Association who helped organize the awards ceremony.

“In subsequent years, people may be honored who may be significant in the development of the Presidential Scholars Foundation, or people who have influenced the character of the program itself in D.C.,” said Knox, noting that the inaugural Dr. Felice Kaufmann Award is to recognize efforts to support and understand Presidential Scholars, or to support the program, its foundation or its alumni association. “What’s interesting about Felice is she checks every one of those boxes.”

Kaufmann is also working with the Richard B. Russell Special Collections Libraries to house a portion of her archive. When combined with the resources of the Torrance Center for Gifted and Creative Education, a research center located in UGA’s College of Education, the archive becomes a basis for further research on giftedness and creativity.

Kaufmann received her doctorate in 1979 under the guidance of UGA professor E. Paul Torrance, a pioneer in researching and identifying creative potential and for whom the center is named.

“We’re building a collection of photographs, newsletters, memorabilia-just a variety of things,” added Knox. “Because we think it matters. This program really affected my life-it was a big deal for me, as a kid from Birmingham, Alabama. It was a window to a larger world for me.”

Kaufmann’s research on Presidential Scholars is one of only a few studies ever that examines academically “gifted” students over the long term. By following the Scholars for more than 40 years, she is an expert at understanding how these teens move through life and redefine what it means to be a success.

“The award is certainly a great honor and I am delighted,” said Kaufmann. “But the honor to me is not so much about receiving the award, but that my work is valued. The thing about doing research is that you never know the effect that your work has had on other people. And the fact that this is an expression of their appreciation for the work I’ve done-I can’t put it into words.”

“There are so many ways to study this group … I’m excited about Georgia being able to house this,” she added. “Dr. Torrance used to say that if you want to make a child feel good about himself, don’t praise him, show him that his work has value. And this certainly does that for me.”

The Presidential Scholars Honors dinner begins at 5 p.m. June 19 at The Kennedy Center in Washington, D.C. A 2011 Arts Scholar and former contestant on “The Voice,” India Carney, will perform.