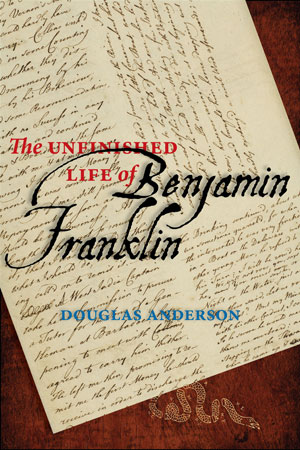 Anderson’s study of this work reveals the famed inventor as a literary adept whose approach to autobiographical narrative was as innovative and radical as the inventions and political thought for which he is renowned.

Franklin, the namesake of UGA’s Franklin College of Arts and Sciences, never completed his autobiography, choosing instead to immerse his reader in the formal and textual atmosphere of a deliberately ­”unfinished” life.

Taking this decision on Franklin’s part as a starting point, Anderson treats the memoir as a subtle and rewarding reading lesson, independent of the famous life that it dramatizes.

Anderson shows that Franklin’s incomplete story exploits the disorderly and disruptive state of a lived life, as opposed to striving for the meticulous finish of standard memoirs, biographies and histories.