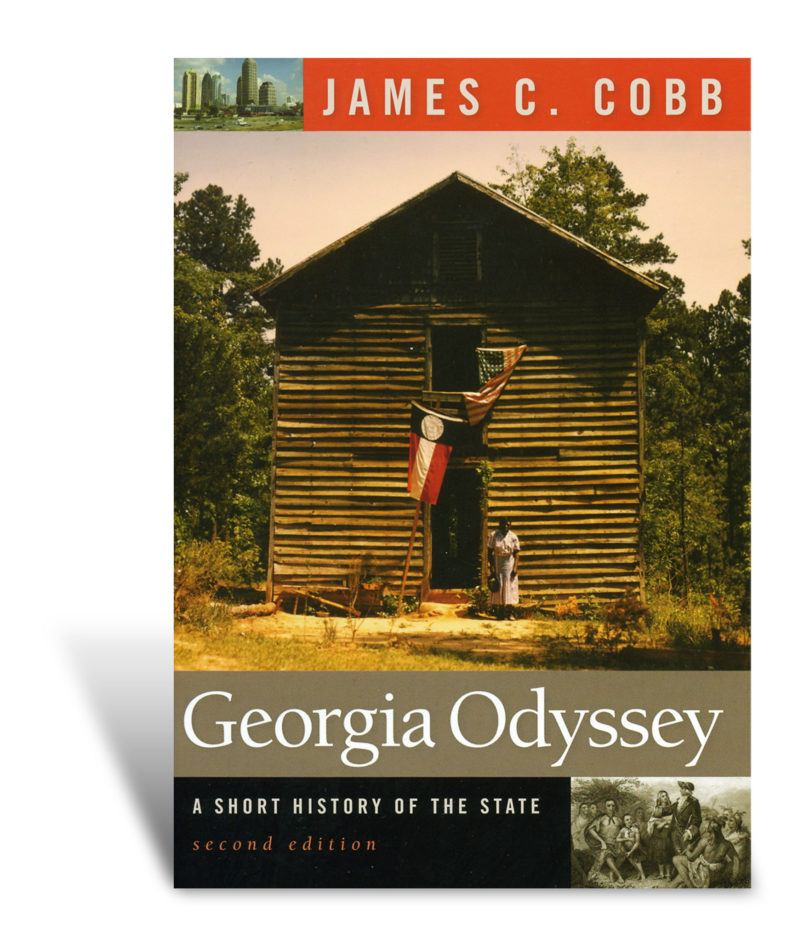 Updated to include the last decade of Georgia history, the second edition of Georgia Odyssey is a lively survey of the state’s history, from its beginnings as a European colony to its current standing as an international business mecca, from the self- imposed isolation of its Jim Crow era to its role as host of the centennial Olympic Games and beyond, from its long reign as the linchpin state of the Democratic Solid South to its current dominance by the Republican Party.

This new edition, by James Cobb, B. Phinizy Spalding Distinguished Professor of History, incorporates current trends that have placed Georgia among the country’s most dynamic and ­attractive states, fueled the growth of its Hispanic and Asian-American populations, and otherwise dramatically altered its demographic, economic, ­social, and cultural appearance and persona.

Georgia Odyssey is the ideal introduction to Georgia’s past and is a unique and often provocative look at the interaction of that past with the present and future.

A Georgia native, Cobb delights in debunking familiar myths about his state as he brings its past to life and makes it relevant to today. He has numerous publications about Southern history and culture.