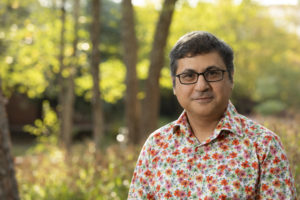 Pejman Rohani, a professor in the Odum School of Ecology, was recently quoted in a WIRED article about future flu seasons, following the COVID-19 pandemic.

During the COVID pandemic, flu cases and deaths dropped. Experts say this is most likely due to non-pharmaceutical interventions (NPIs), such as mask wearing, handwashing and social distancing.

Although less likely, it’s possible that some other dynamic other than the NPIs might be at work. One theory involves “viral interference,” the idea that a durable respiratory pathogen could occupy a susceptible population so that it’d basically usurp other weaker viruses. Perhaps their immune systems are putting so much effort into fighting off the one that the others become trapped in the immunological slipstream.

“There’s this other mechanism where infected or nearby cells can enter a refractory period where they won’t be susceptible to infection by a virus,” Rohani said.

Maybe enforcing lockdown decreased the number of contacts between infected people and susceptible ones.

Some of the same queries about SARS-CoV-2 are still relevant with other, more familiar viruses, as well. For example, how much virus does it take to infect a new host?

“It’s slightly embarrassing that we end up saying, ‘Sure, it’s possible,’ especially when there’s a pandemic going on,” Rohani said. “But we’re at the limits of what we know about some of these things.”

The article continued to describe what epidemiologic modelers are worried about now, including the next seasons of flu.