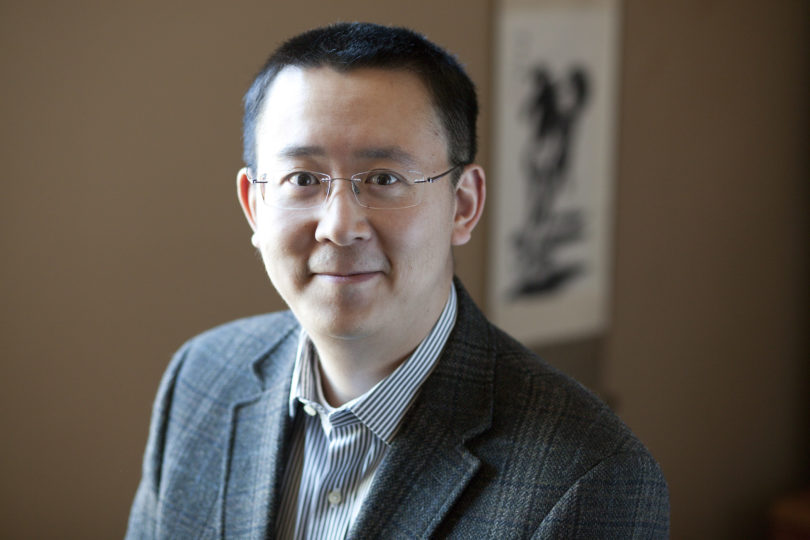 It may sound counterintuitive, but one way to lose weight may be to gain fat, according to Hang Yin, who recently was hired as an assistant professor in UGA’s Center for Molecular Medicine and the department of biochemistry and molecular biology in the Franklin College of Arts and Sciences.

Humans have two types of fat: white fat, which stores energy, and brown fat, which burns it.

Yin said adding more brown fat to the body may be a way to fight obesity. In the lab, he was able to make more of this heat-generating fat in mice using muscle stem cells.

Brown fat helps keep infants warm. However, unlike the more plentiful white fat, much of people’s brown fat is lost by the time they reach adulthood.

Lean people have been shown to have more energy-burning brown fat than obese people, leading researchers to wonder how to make more of this type of fat.

“Brown fat is kind of like a furnace, which we can use to burn off energy we intake,” Yin said.”This furnace is there already in our body … but we want to make a bigger furnace.”

Yin believes muscle stem cells could be one way to fan the flames. As a postdoctoral research fellow at Ottawa Hospital Research Institute last year, Yin was able to transform muscle stem cells into brown fat in the lab.

Scientists already knew a small number of muscle stem cells could develop into brown fat on their own.

“The mice became leaner. They lost weight, and they were protected from developing diet-induced obesity,” Yin said.

When given a diet high in fat for four months, mice that received the injection gained less weight than mice that didn’t get the injection. Yin’s findings were published in Cell Metabolism in February.

Gaining around 2 ounces of brown fat could cause a 165-pound person to use 20 percent more energy, according to Yin. That’s similar to running on the treadmill for two hours every day or losing 5 to 10 pounds of body weight a year, Yin said.

Yin and his colleagues are collaborating with a Canadian facility to look for small molecules that have a similar effect as the microRNA-133 antagomir and might one day be used in a drug.

But there are still kinks to be worked out. For example, the location of the added fat would be important. Increasing brown fat near vital organs could cause an undesired increase in the core temperature. Introducing the fat into a limb, as Yin did in the mice, likely would be safer.

Yin plans to continue studying ways to create brown fat at the university, where he is a member of the UGA Obesity Initiative. He hopes to investigate whether other cells can be transformed into brown fat and how this might be done.